By Newsarenas (self media writer) | 5 months ago

Richarlison is playing for Brazil in the Copa America but also hopes to play in the Olympic Games this summer.

The Brazilian football authorities have asked Everton if they would release Richarlison in order to play in the Olympic Games later this summer.

But the ECHO understands the Blues remain reluctant to agree to the 24-year-old playing in Tokyo and so it looks unlikely he will get his wish to play in the tournament.

The Brazilian Football Confederation have made contact with Blues chiefs over the possibility of Richarlison playing in the Olympics next month, following his participation in the Copa America. But Everton are not keen.

Brazil are top of Copa America Group B having won both of their opening two games of the tournament as Richarlison scored in the 4-0 victory over Peru.

Richarlison scored in injury-time as hosts Brazil made it two wins from two in the Copa America with a convincing 4-0 victory over Peru on Thursday night in Rio de Janeiro.

Brazil manager Tite made six changes to the side that beat Venezuela 3-0 in their opening Group B game on Sunday, with Richarlison named on the bench.

The Everton forward was introduced at half-time and grabbed his 10th goal for the Selecao in the 93rd minute, shooting past Pedro Gallese while lying on the ground after the Peru keeper had saved his first effort.  t. 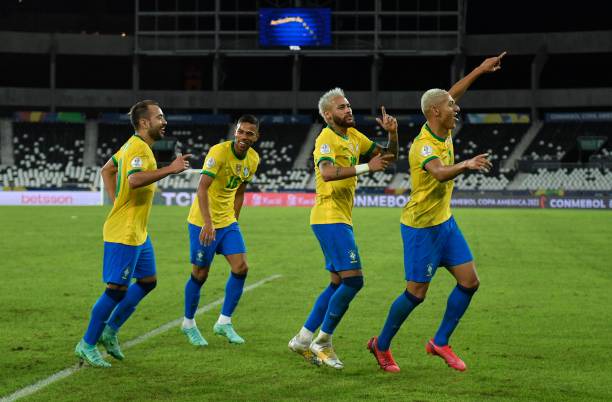 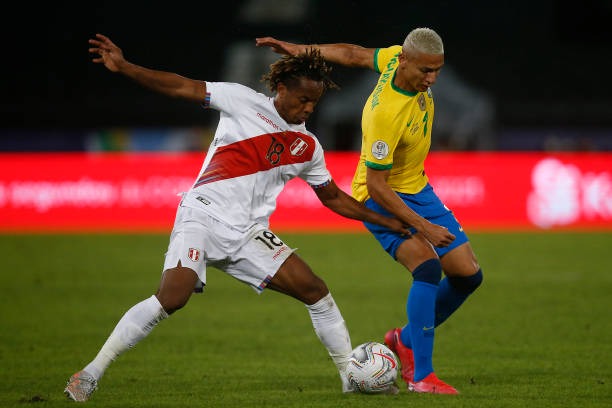