By Odeshiprince (self meida writer) | 8 days 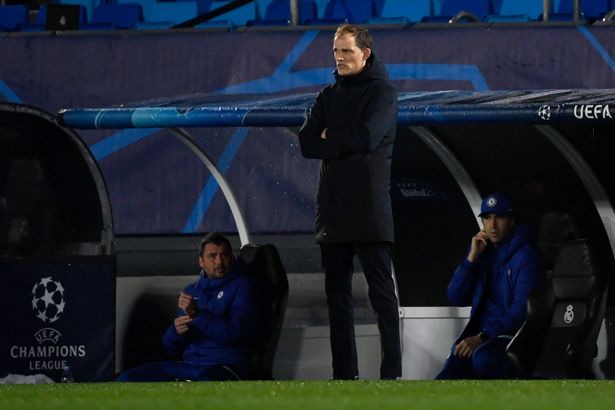 Chelsea football club faced Real Madrid last night in a semi final first leg and though both teams threatened each other in the offensive, they ended up in a 1-1 draw.Chelsea midfielder N'Golo Kante ended the game as man of the match.The two are set to meet again next week in the second leg. 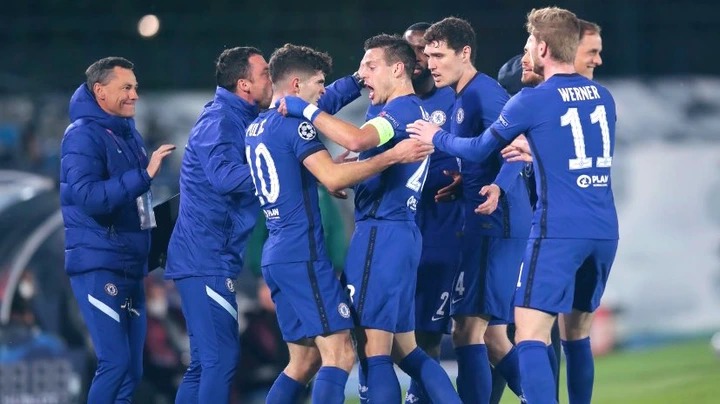 However, many fans and sports personalities were anxious to see Eden Hazard face his former side Chelsea for the first time since his £100 million move to Real Madrid.He however, made less impact in the game after coming off the bench to the advantage of his former side. 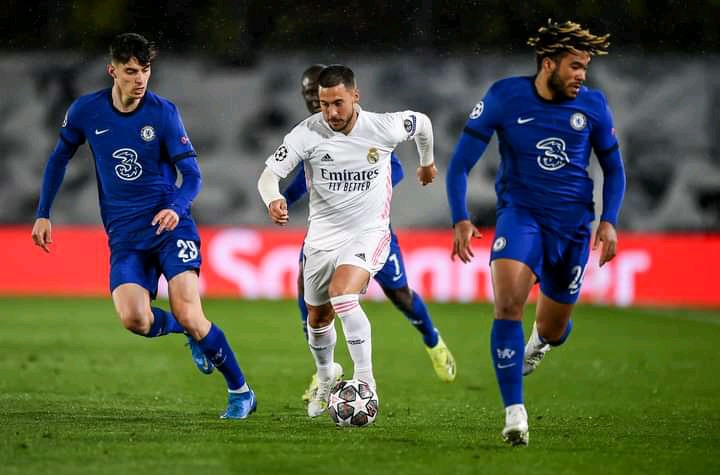 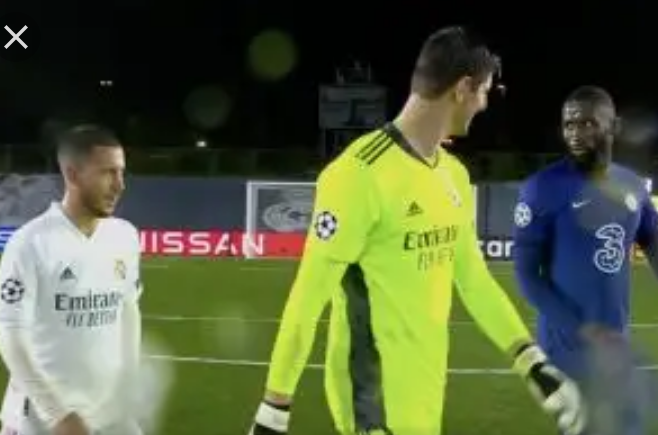 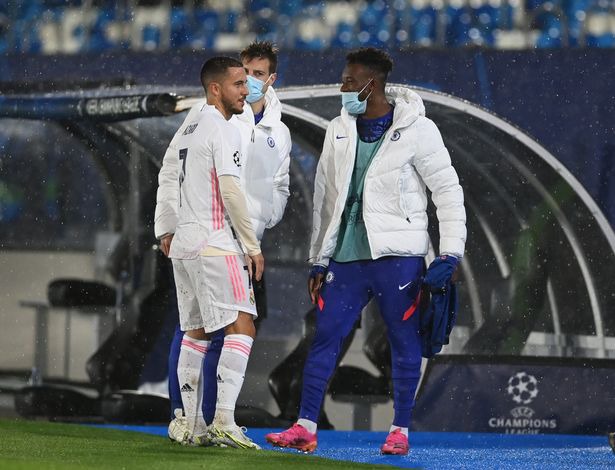 He chatted freely with the Chelsea players and the rivalry between the two sides could not come between.Chelsea new manager Thomas Tuchel is now unbeaten against Real's Zidane.Chelsea fans hope Hazard, a legend at the club will come back one day. 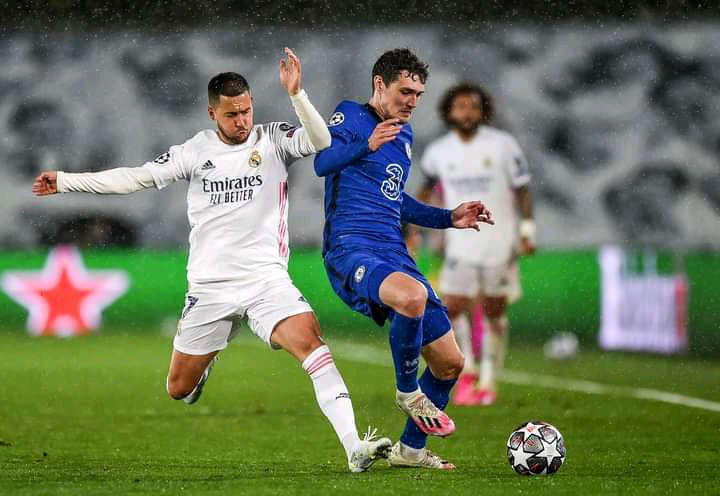