Goalkeeper; Manchester United Danish legend Peter Schmeichel is arguably the best shot stopper in the Premier League history. He is quite ahead of Peter Cech, Edwin van der seer and David Seaman.

Defenders; John Terry and Rio Ferdinand will partner in the central defense role. Chelsea's Ashley Cole will be in left fullback. Garry Neville is still the best right back of all time in the division.

Strikers; Thierry Henry is one of the best centre forwads to ever play in the Premier League. He will play alongside Premier League all time goal scorer Alan Shearer. 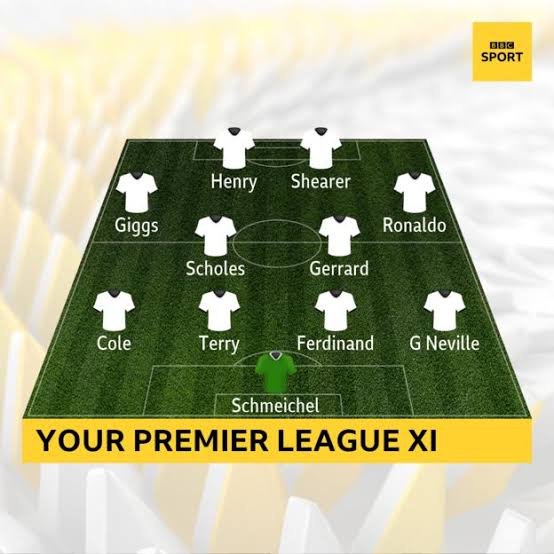 Leave your comments about the lineup.