By TheDailyScoop.com (self meida writer) | 28 days 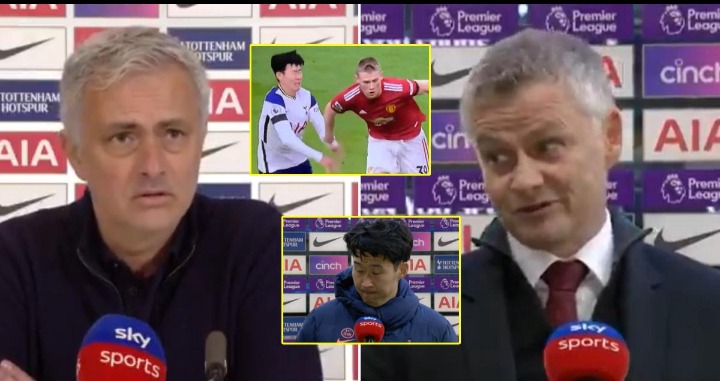 Ole Gunnar Solskjaer managed to get his revenge on Jose Mourinho with a 3-1 thrashing in a match which was full of unexpected controversies.

The Red Devils made three changes with Fred, Edinson Cavani and Dean Henderson starting in the game that was a must win for Manchester United to increase the gap between them and Leicester City.

The tempo of the game was high, as both teams did their best in both defending scoring threats and getting forward to score goals so as to clinch all three points. 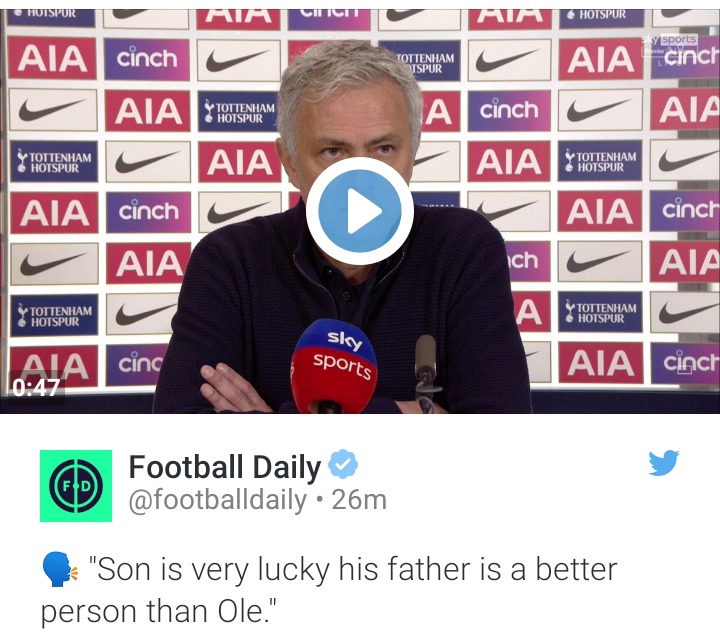 Manchester United opened the scoring through Edinson Cavani who slotted the ball into the net after receiving a very brilliant pass from Paul Pogba, but the goal was cancelled because of an early foul on Hueng Min Son.

However, United managed to comeback from 1-0 up to thrash Tottenham Hotspurs by scoring three goals and bagging all three points. After the match Ole Gunnar Solskjaer gave his view on Son going down so easily by saying; "If my son stays down like Son for 3 mins, he won't get any food. Game's gone."

These are not the sentiments expected from a highly rated manager of Jose Mourinho's caliber, but football fans are used to his sour words after losing a match.

Listen to his comments in the video below;

Does Jose Mourinho deserve praise after his sour sentiments?