By €dü'[email protected] (self media writer) | 5 months ago 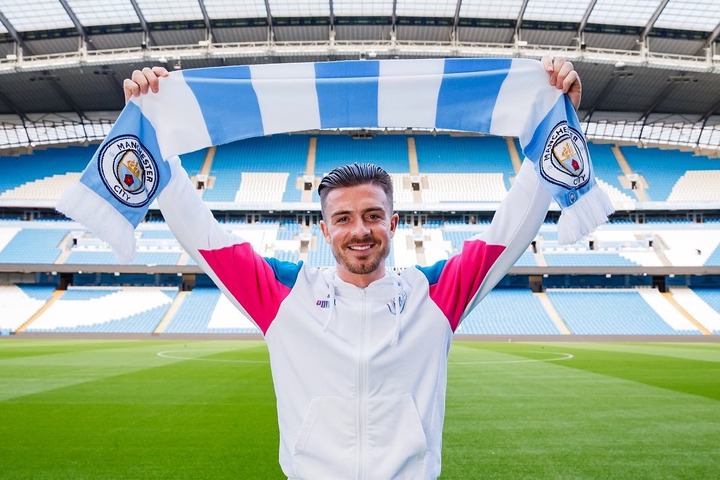 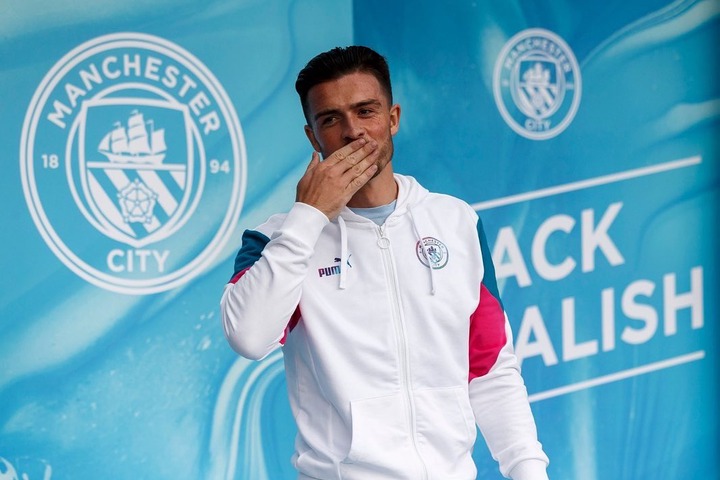 A number of the club's players are happy and thrilled by the arrival of the English talisman and they believe that his arrival will be a big reinforcement on the club, something which will increase the squad his confidence and depth as well.

Among the players who has backed the club's board on signing the midfielder is Raheem Sterling. The winger believes and is very hopeful that the player maker will not only reinforce the squad but he will equally help him to increase his goal tally. Apparently, Sterling will be among the players who are looking forward to win the golden boot due to the arrival of Jack Grealish according to Sky Sports Premier League. 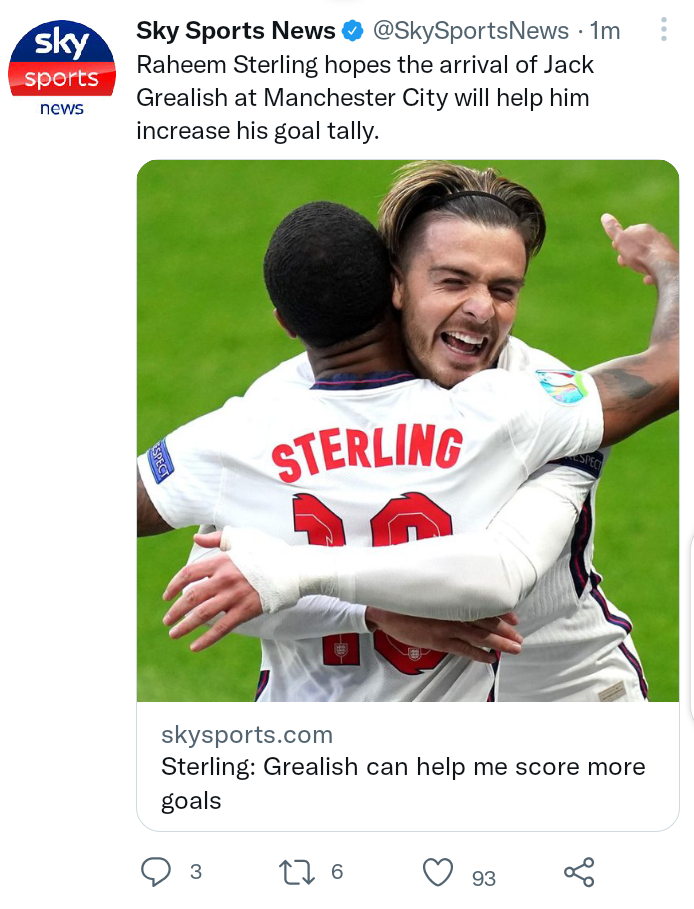 The England teenager Phil Foden who won the Premier League best youngest player of the year award is equally among the players who are happy following the arrival of Jack Grealish in their squad. According to talkspot, the player can't wait to play alongside the midfielder. 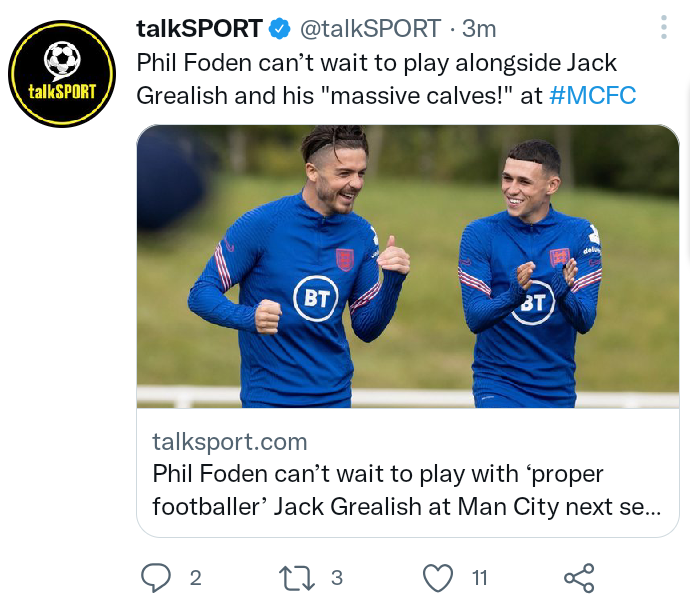 The two were teammates during the Euro 2020 campaign with the Three Lions and they will also link up now at Manchester City. The Premier League campaign will kick off officially on Friday and football fans all over the globe can't wait to see the duo pair in city's midfield.

Content created and supplied by: €dü'[email protected] (via Opera News )