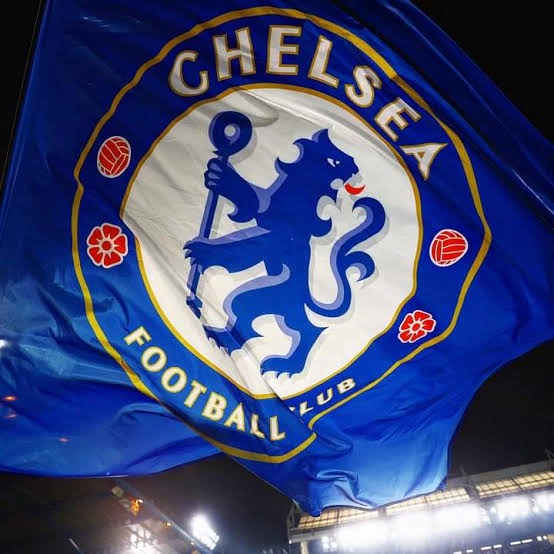 Chelsea through their owner, Todd Boehly have been vigorous of late as far as the transfers are concerned with hopes to sign more players before the deadline that is 1st September at 5 O'clock

The Blues have so far signed Raheem Sterling from Manchester City, Kalidou Koulibaly from Napoli as a replacement for Antonio Rudigger who moved to Real Madrid, Marc Cucurella from Brighton and Hove Albion and Chukwuemeka

However, The West London club is not yet through with making more new signings with the efforts to bolster their team in readiness to compete favourably with other teams including the EPL dominants like Manchester City and Liverpool FC. So far the have done well in their league matches as they have already garnered 4 points following Sunday's intense draw against Tottenham Hotspurs 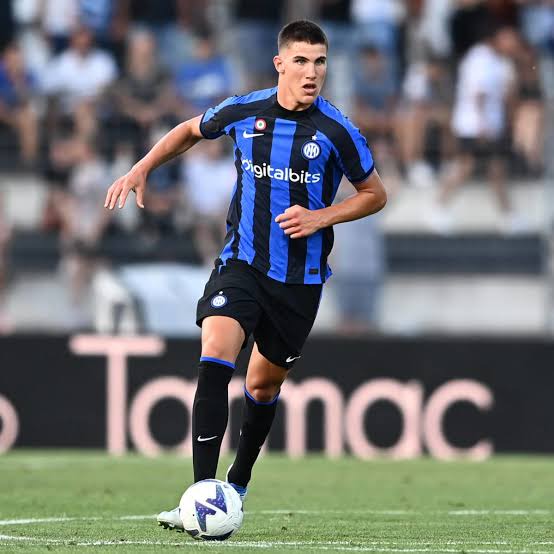 It has been reported that the Blues are in persuit of a 19 year old Italian international, Cesare Cesadare who currently playing the role of a midfielder at Inter Milan. Previously, Chelsea had made €8 million bid for tge player but it was turned down by the Italian side. This did not put off the Chelsea's ambitions to sign the player as they promised to go back with an improved one 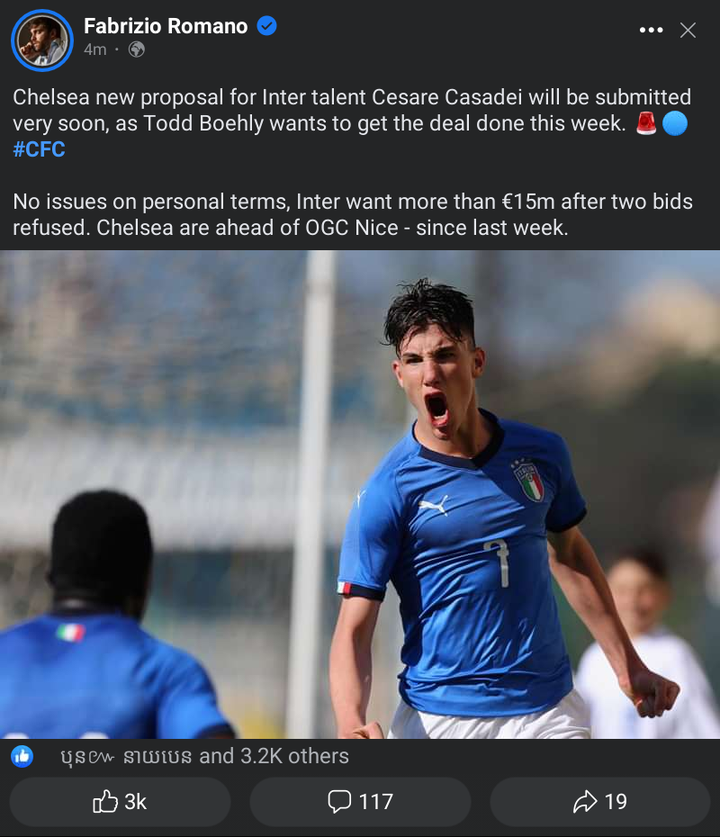 According to Fabrizio Romano, Chelsea through Todd Boehly are working on a new proposal and he is promising that he wants the deal to be done this week, personal terms are believed not to be a problem as the club are demanding more than £15 million for the wonder kid