By KenyaSweetNews (self meida writer) | 23 days 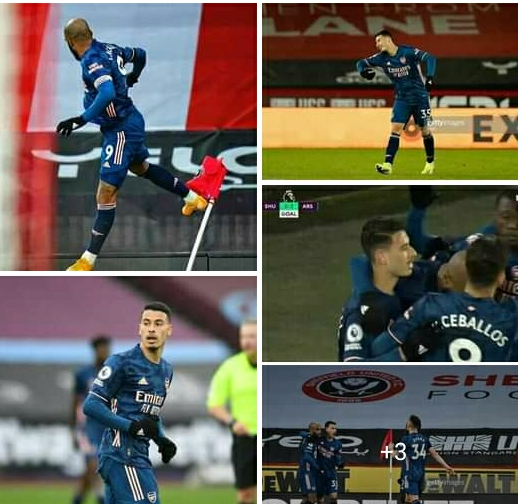 Arsenal bounced back to winning ways after inflicting Sheffield United a 3-0 painful defeat at Bramall Lane. The Gunners had previously lost their most recent Premier League match 3-0 to Liverpool & drew 3-3 against Westham United. Arsenal won the reverse fixture 2-1 against Sheffield United at Emirates Stadium hence were lookong forward to use the away fixture as a build up for the upcoming UEFA Europa League quarter final fixture against Slavia Praha on Thursday. Arsenal dorminated the ball possession & counter attacks hence opening the scoring in the 33rd minute through Alexander Lacazette who was assisted by Ceballos to gift the visitors a 1-0 lead at halftime. The Gunners added 2 quick goals in the second half through Martinelli in the 72nd minute & Alexander Lacazette who combined with Thomas Partey to score his 50th Premier League goal in the 85th minute. After the 3-0 victory, Arsenal climbed up to position 9 in the Premier League Table with 45 points while Sheffield United remained in position 20 with 14 points. 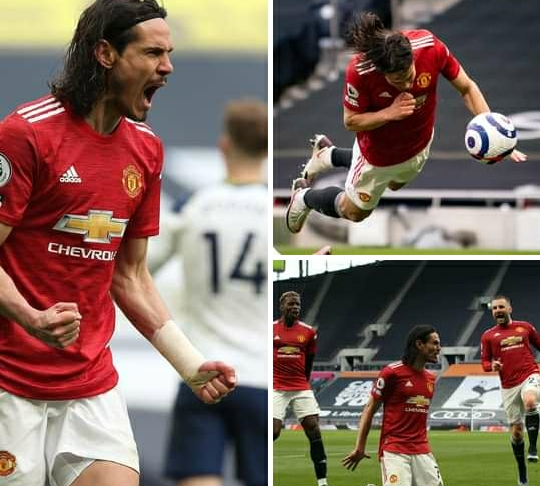 Manchester United staged a comeback at Hotspurs Stadium as they overturned Tottenham 1-0 lead at the break to condemn the London side to a 3-1 humiliating defeat. Manchester United who had controverssially shown a red card through Martial in the reverse fixture which resulted to a 6-1 demolishion at Old Trafford, were also denied the opener through Edinson Cavani as Mctomminay was accused of "slapping" Son in the build up. Tottenham opened the scores in the 40th minute through Son Hueng Min to seal a 1-0 lead at the break. Manchester Unuted came back into the second half more motivated to clinch a victory & equalized immediately through Fred who ended a 3 season goal drought in the 0remier League after pouncing on Cavani rebound. Mason Greenwood was later substituted in & influenced the match immediately with an assist to Edinson Cavani who scored a stunning header in the 79th minute before Greenwood combined with Pogba in the 95th minute to make it 3-1 for Manchester United. After the 3-1 victory, Manchester United climbed up to position 2 with 63 points while Tottenham remained 7th in the Premier League Table with 49 points. 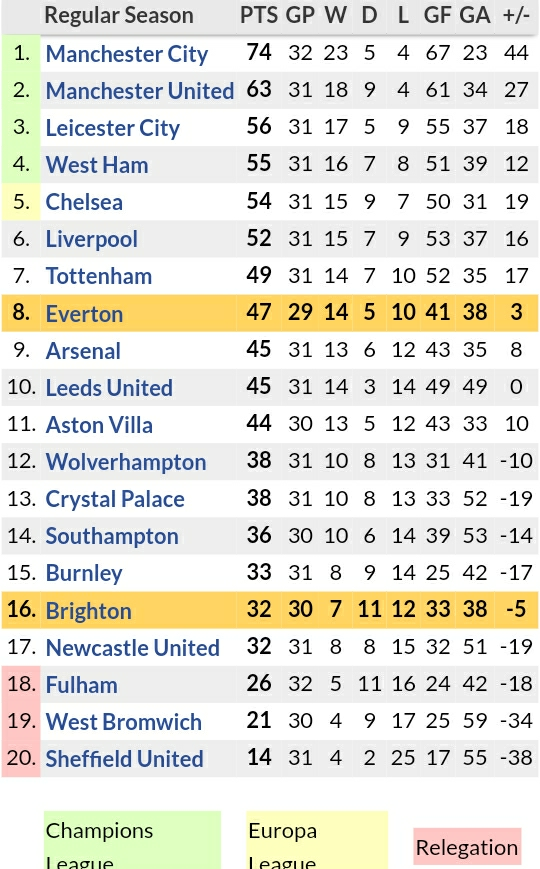