By FootballSportsNews (self media writer) | 6 months ago

Chelsea had reportedly agreed to extend Cesar Azipilicueta before being sanctioned by UK Government that lead to the club take-over process which is currently ongoing. The 32 years Old defender has been reportedly offered 3 years deal by Barcelona which is yet to accept but could still move to Camp Nou this summer. 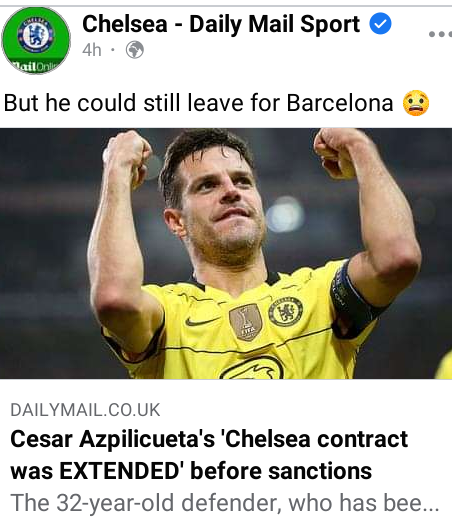 Chelsea Striker Timo Werner is reportedly planning summer transfer with club willing to take a hit by setting his asking price at £33 Million. The 26 year old arrived at Stamford Bridge in 2020 in a £47.5 Million deal from RB Leipzig off the back of a superb campaign in which he scored 28 goals in 34 Bundesliga games. Werner has struggled to impress at Stamford Bridge hence the move to allow him to leave with Borussia Dortmund reportedly intrested (Metro Sport). 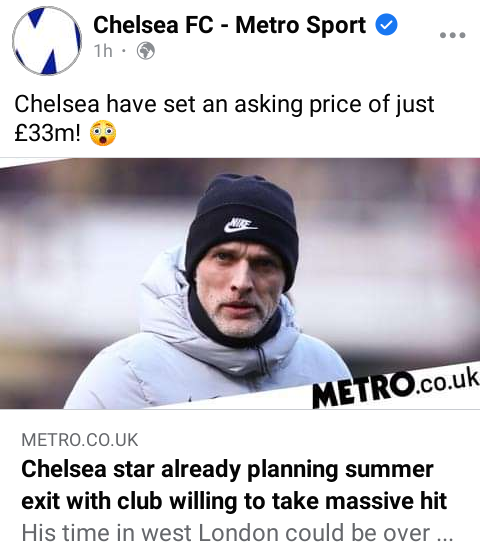 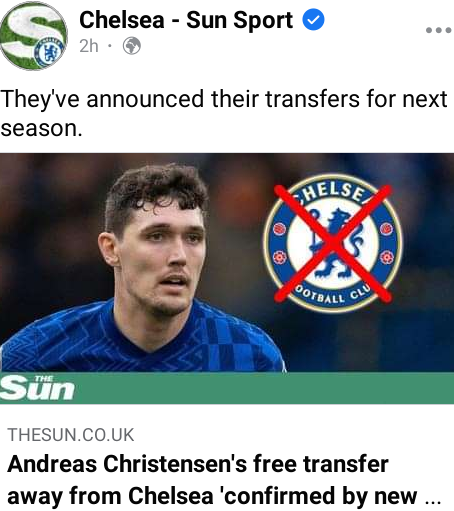 Barcelona President Laporta appeared to have confirmed the signing of Chelsea defender Andreas Christensen on a free transfer as his current contract expires in June 2022 (Sun Sport). Leeds United Reportedly demand more than £33.5 Million amid Chelsea intrest on the Brazillian winger (Football London). 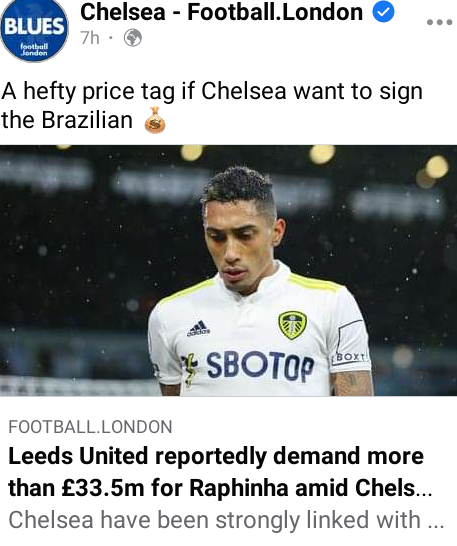