By Kenyan_Football_Surgeon (self meida writer) | 29 days

One thing that Kenyan football tank has never run dry of, is it's ability to quench both the national team and various football clubs with top target men that have went further ahead to live up to many's expectations not only within the confines of Kenyan boders but Africa and beyond. 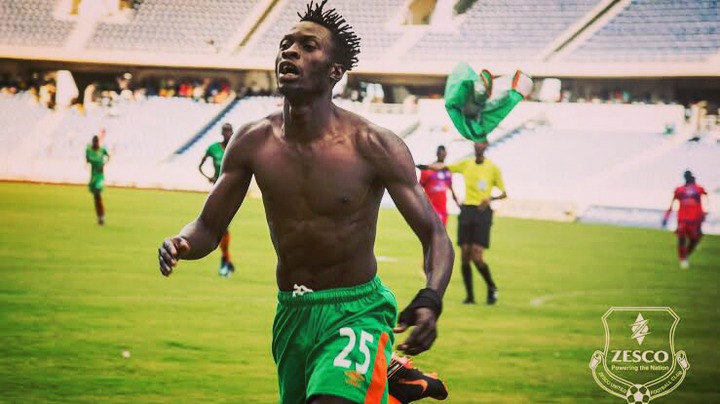 This season Kenyan football has been on and off after the government suspended all sporting activities, but after football untimely resumption clubs were task with the noble duty to bring back their players into the top form they were before the league was put into a halt.

Luckily some of the best strikers in the League this season have been able to replicate their half season form the past few weeks, these trio leading the charts; Elivis Rupia Erick Kapaito and Henry Mejja. 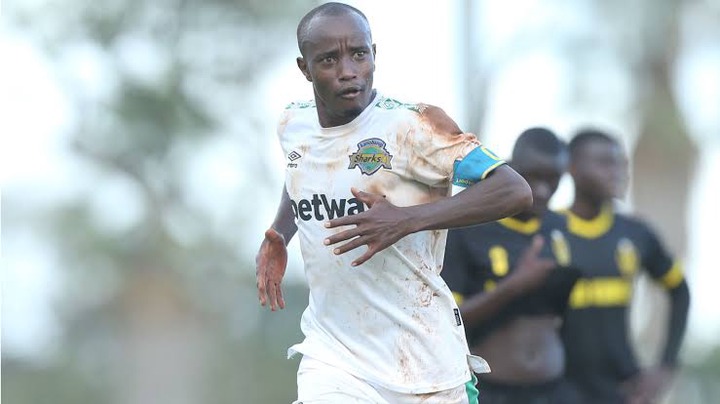 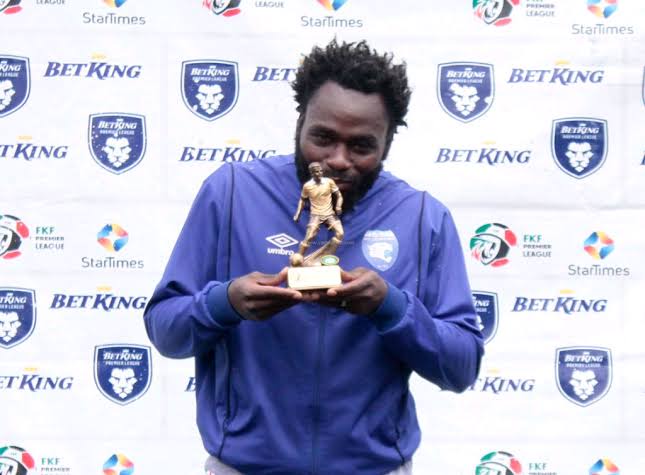 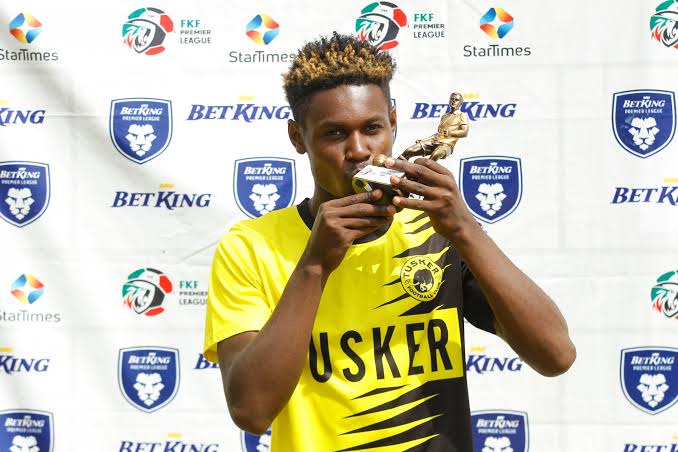 The Trio's influence for their individual clubs has played an essential role in helping their clubs occupying the position they are in at the moment, all of them being central attackers. It's been a mouthwatering golden boot contention all season.

Already Erick Kapaito has equaled his 2018 record of 16 goals that earned him a golden boot followed closely by Rupia 14 Juma 11 and Mejja 10. 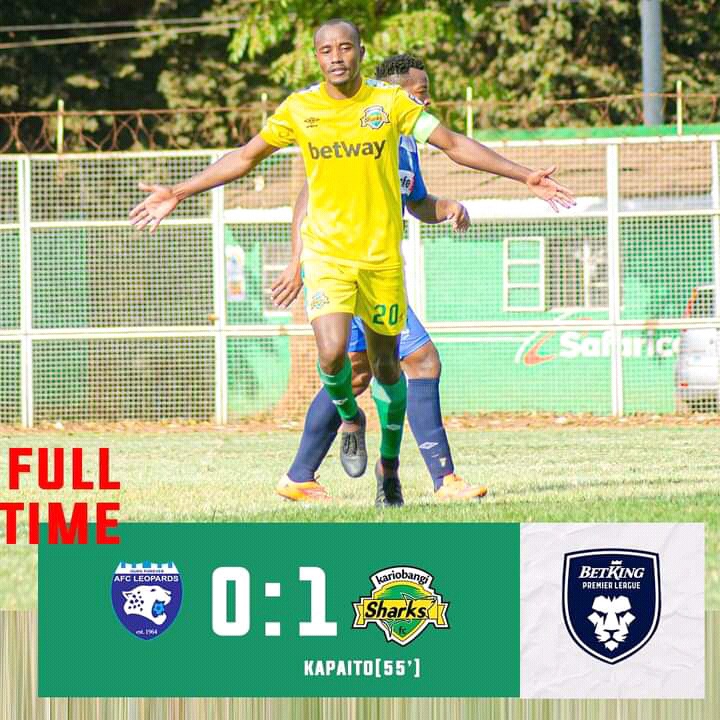 Once Cleophas Malala player of the tournament Tusker's Menace Henry Mejja can't wait for next season as the Ruaraka based side this afternoon qualified for the Afcon champions league by defeating Ulinzi Stars 4-1 at the Nakuru ASK showgrounds. 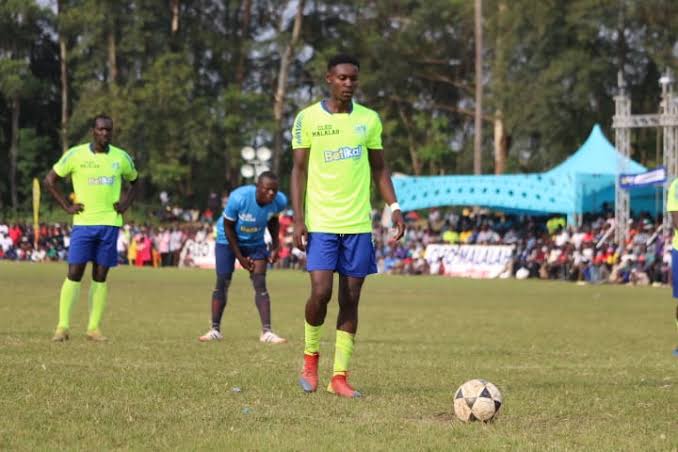 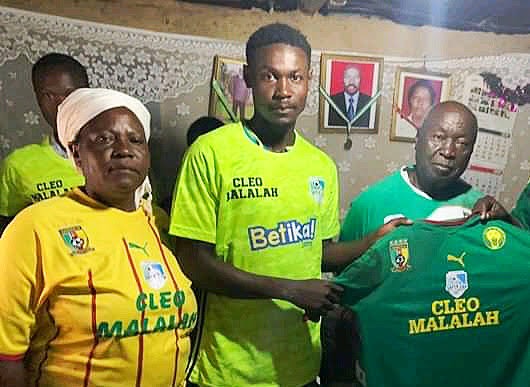 CAF had issued a timeline that by 30th June all African football federations should submit their representatives for the Africa's most prestigious club league and FKF decided that whoever could have top the league by then to carry the day and Tusker just did that. 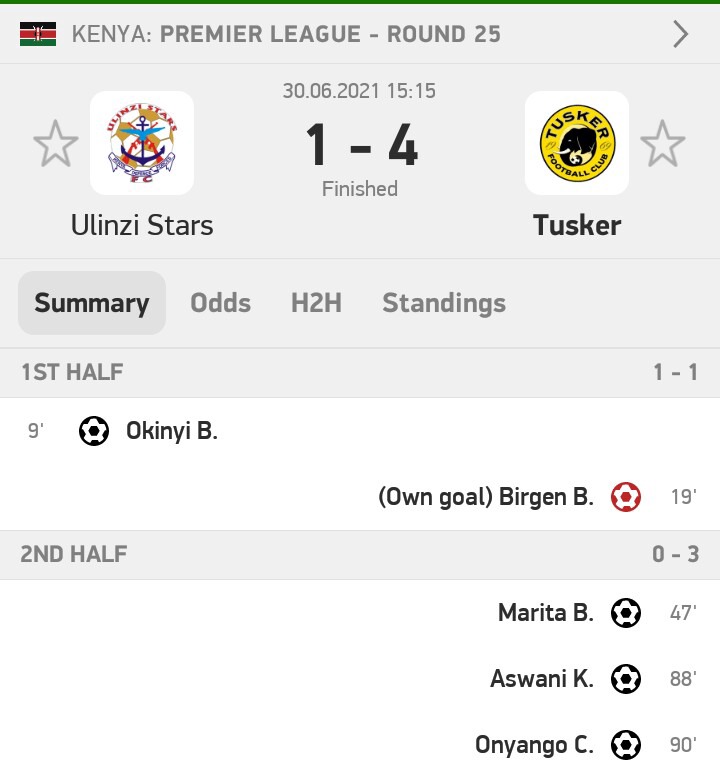 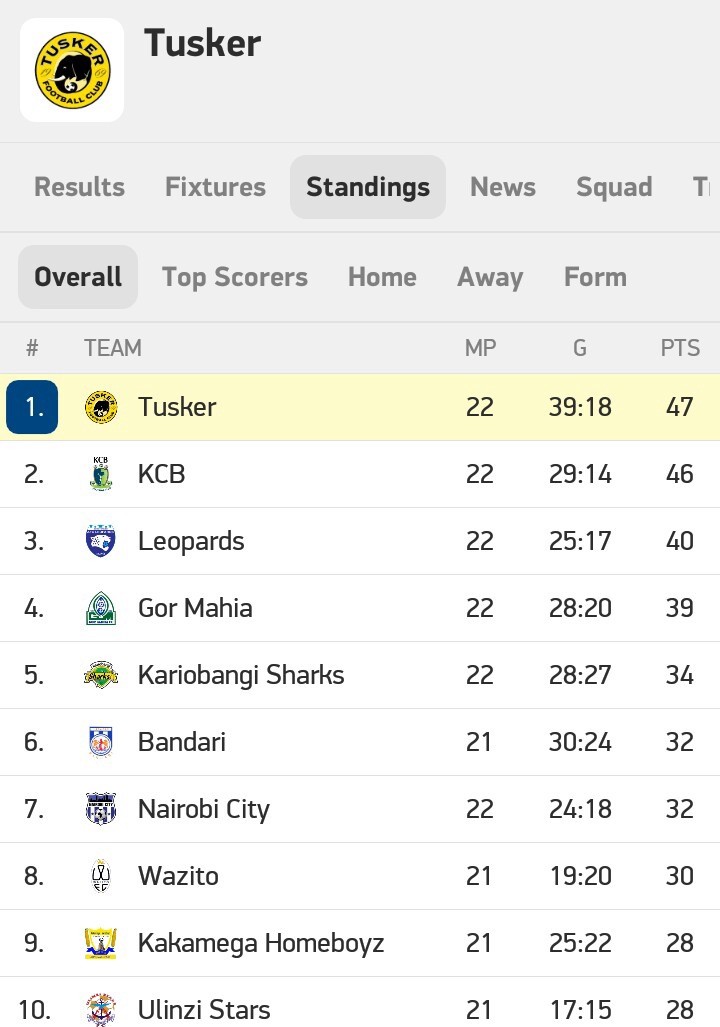 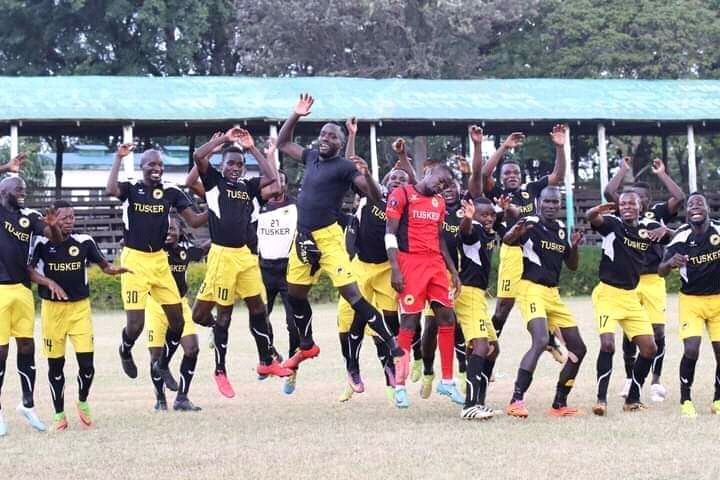 On the other hand it was reported that the African football governing body extended the deadlines to 15th of July but as matters have unfolded FKF seems to be reading from a different script for reasons that haven't been made clearer to the public. 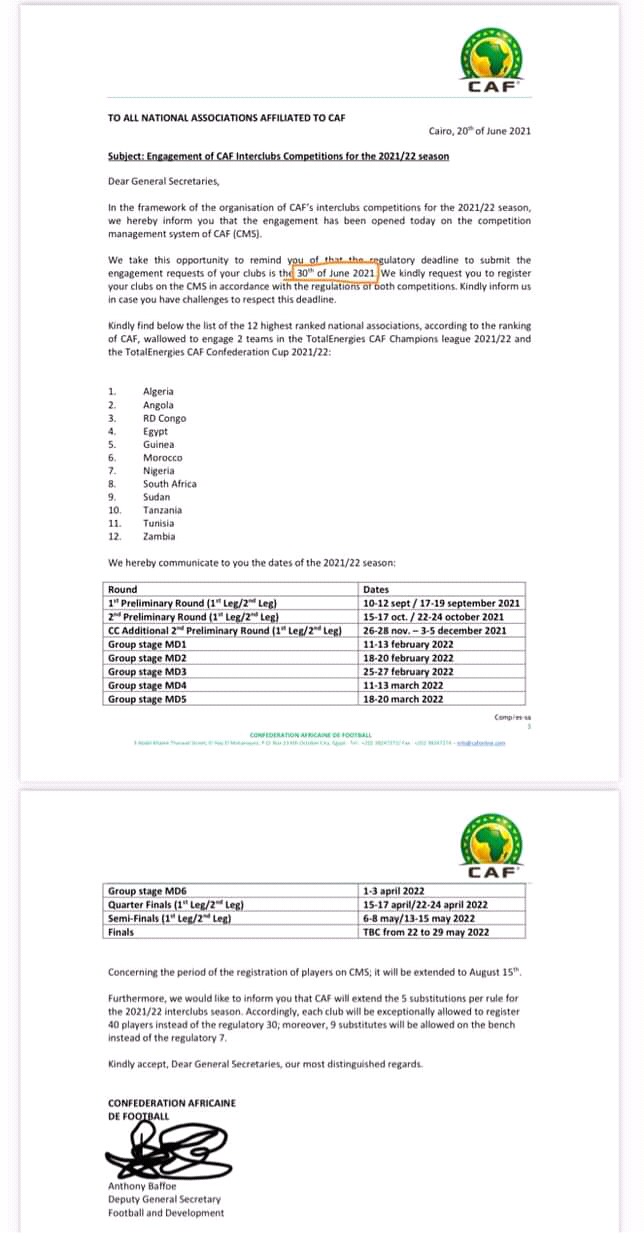 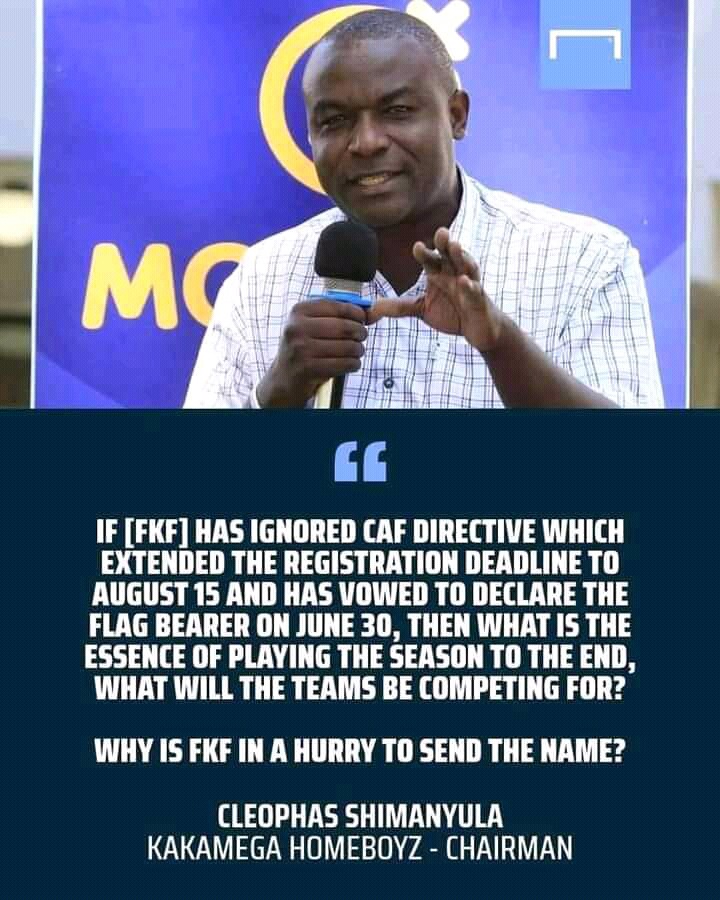 As it stands Tusker will be lifting the Kenyan flag in the champions league they are not new to this but honestly it's been a good campaign this season and they deserve it and for Henry Mejja who was once romured to be targeted by Simba, Zamalek and Yanga will have a chance to make his suitors more thirsty for his signature. 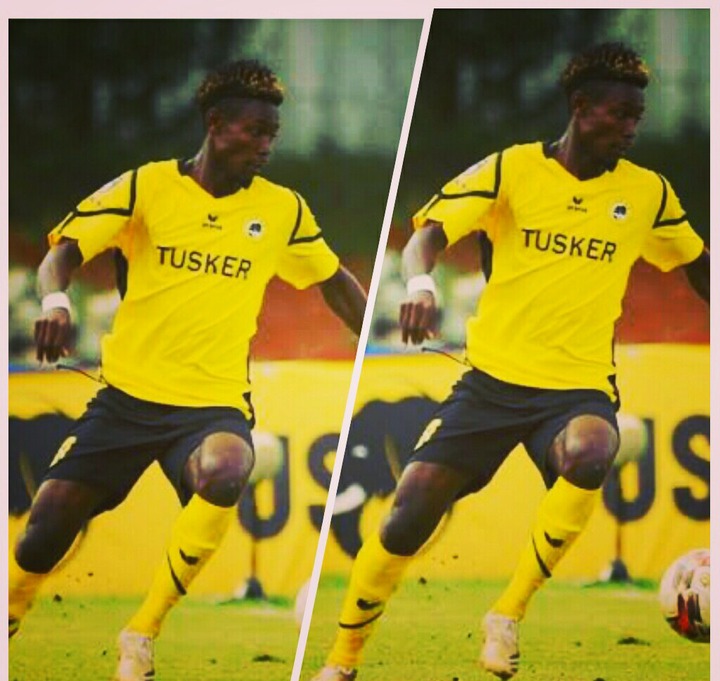 "What Took You So Long Baba?' Moses Kuria to Raila, Roasts Co-NASA Principals on Fall Out.

Which teams will be playing in the FKF premier league this week?

Why A Football Match Was Once Postponed 29 Times In Europe

Put Aside The Millions It Costed, What's Your Take On The New Golden Kenya Premier League Trophy?