By Sir_Lawrance (self media writer) | 6 months ago

Manchester United kicked off their pre-season fixtures with a 2-1 win at Derby on Sunday in the bid to prepare for the coming season. Although a number of first team players were not available for selections, Manchester United's academy players used the opportunity to shine for the club. 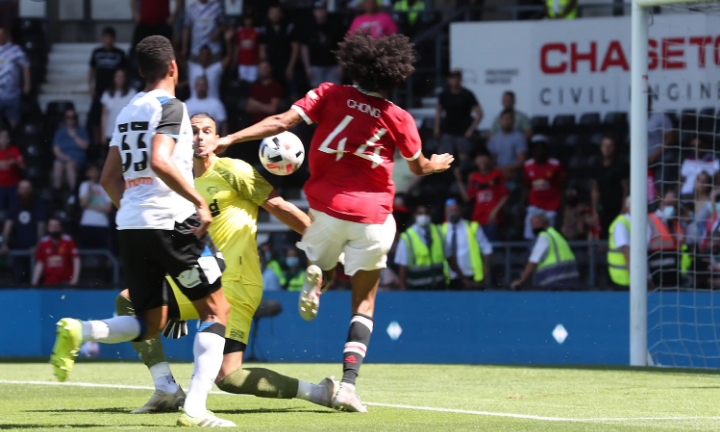 Tahith Chong was on target for the Red Devils in the seventeenth minute putting the Manchester United side on an early lead. The match was exciting as Wayne Rooney's side tried to break into the Manchester United's defence but quality defending played well for the visitor's side in the first half. January signing Fecundo Pellistri added the second goal for the Red Devils in the fifty ninety minute with another classy goal. The young promising stars maintained their great play until the seventieth miPellistri Kazim-Richards pulled one for the hosts. The game would then end in a 2-1 win for Manchester United. 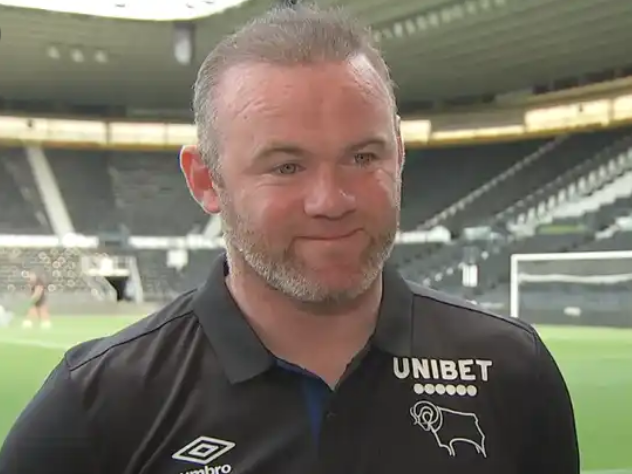 Both team Managers were seen happy after the match and congratulated each other. However speaking about the signing of English star Jadon Sancho by Manchester United might have excited former Manchester United's striker and the current Derby County manager Wayne Rooney.

Speaking about the signing, the Derby manager referred to it as a 'good signing' for his former club. The former Manchester United striker said very positive aspects on Sancho. He said, "He scores goals, creates goals, so I think it's a very good signing." Manchester United have effectively completed the signing of exciting winger Jadon Sancho, with a £72.9M deal with Borussia Dortmund. The 21-year-old is expected to be officially unveiled as the Red Devils player very soon, with Ole Gunnar Solskjaer revealing that only paperwork and other few details are left to be finalised. So far this is the most expensive deal done this summer transfer window.

Do you agree with Wayne Rooney's view on Jadon Sancho? Drop your comments on the comments section. Follow us for more daily updates.

Tomorrow's 18 Matches To Bank On and Win