Why Lukaku did not make the Grade at Chelsea - Ashley Cole

By ericvictor2 (self meida writer) | 25 days 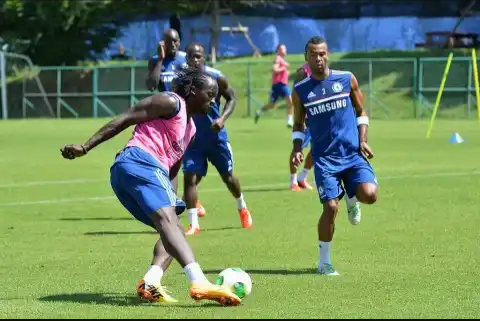 The Belgian striker has come a long way since his days at Chelsea.

The burly striker is now starring for Belgium in the ongoing Euros tournament with 3 goals in a handful appearances.

He further teased the striker's first touch while at Chelsea and said no one respected him initially.

Romelu Lukaku joined Chelsea from Anderlecht as a 17 year old. His stay was characterized by loan spells first to West Brom and then Everton where he signed permanently.

3 more prolific seasons saw him sign for Manchester United and later starred for Inter Milan scoring 24 goals and 11 assists that saw him win Serie A footballer of the season award.

Asked why things did not work for Lukaku at Chelsea, Ashley Cole stated that he joined as 17 year old kid who faced a lot of criticism over his first touch.

"He was a raw talent, his game understanding was not great, and then I think no one kind respected him at Chelsea - in terms of fans. He had Didier Drogba ahead of him.

"And then I think the two loans really gave him that self belief that he was good enough, and now his performances have been second to none, he has been a quality."

Opinion: Chelsea Will Challenge For The Premier League Title If Tuchel Uses This Formation