There’s a feel good factor at Man Utd with the return of Ronaldo yielding immediate success as the Portuguese superstar netted twice on his second debut, propelling the club to the top of the Premier League standings.

Although the Red Devils have a busy upcoming schedule, with Marcos Rashford and Amad Diallo sidelined and Edinson Cavani missing the Newcastle game with a knock, Ronaldo probably won’t be rested for this fixture and he’ll want to extend his Champions League goalscoring record further. Regardless of whether the 36 year old starts, Ole Gunnar Solskjaer also has the likes of Jadon Sancho, Anthony Martial, Mason Greenwood, Paul Pogba and Bruno Fernandes to call upon, so there shouldn’t be any lack of attacking options to the Norwegian.

Although United haven’t been prolific on their travels in the early part of this season to date, scoring once each against Southampton and Wolves, the last time they faced Young Boys in the Champions League back in 2018, they won their two encounters by an aggregate 4-0, including a 3-0 triumph on the road.

Young Boys enter this fixture having won five of six unbeaten fixtures, though of course the quality of opposition pales in comparison to what they’ll face here, most notably when taking on lower division Littau in domestic cup action. Although the Swiss outfit netted at least three times in all but one of these fixtures, their shutout against Zurich last time out was their first clean sheet in eight appearances. 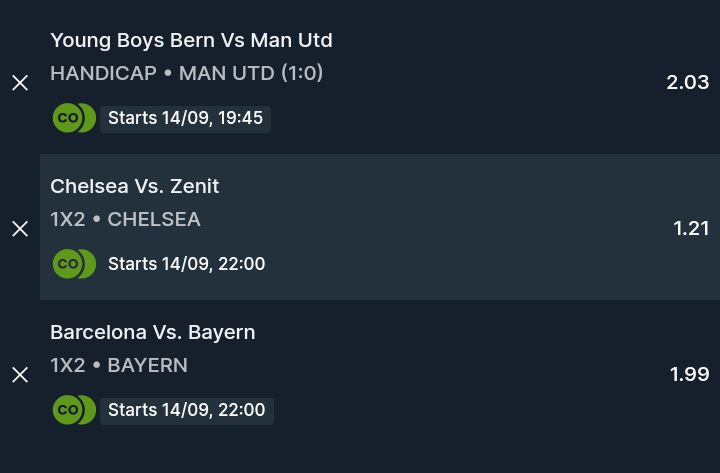 Content created and supplied by: suga93 (via Opera News )