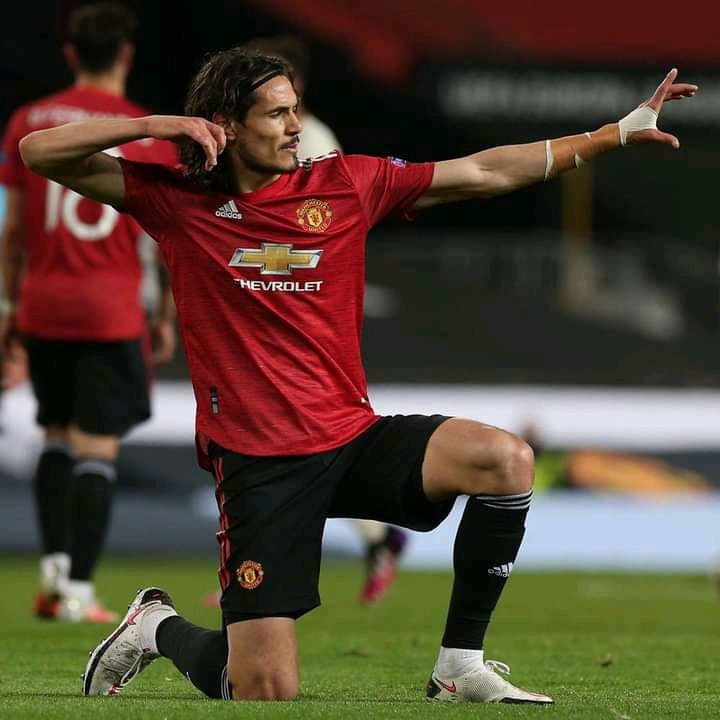 "We don't have to sell it to him. It's about how he feels coming in every day, the team we are creating.

He's part of it. But he has to feel it, scoring those goals with the fans. We've got the best fans. He's a goalscorer and there's nothing better than celebrating in front of them."

Were the persuasive words from Ole Gunnar Solskjaer to Edinson Cavani who's contract is set to expire at the end of the 2020/2021 season. 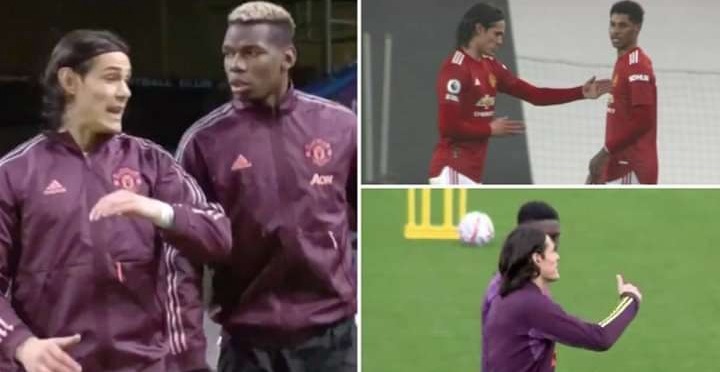 The veteran Uruguayan striker has been a major influence on the Manchester United squad since he signed up as a free agent from Paris Saint Germain.

He has inspired the squad, making the whole squad, coaches, and the board like him more and want him at the club for long. 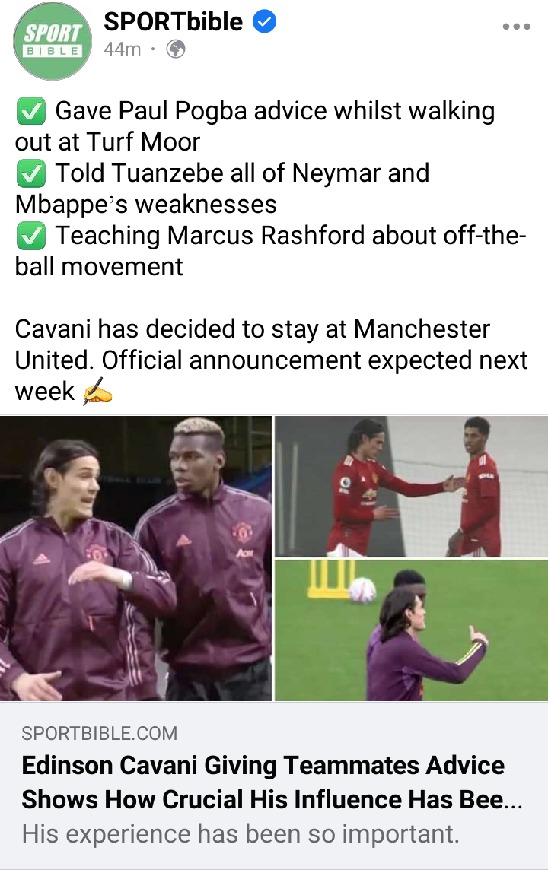 Several speculations claimed that Edinson Cavani was having homesick and wanted to quit from Old Trafford and join Boca Juniors.

However, this doesn't seem likely as he has made his decision on the next move. After starring against As Roma, Edinson Cavani has good news for the club. 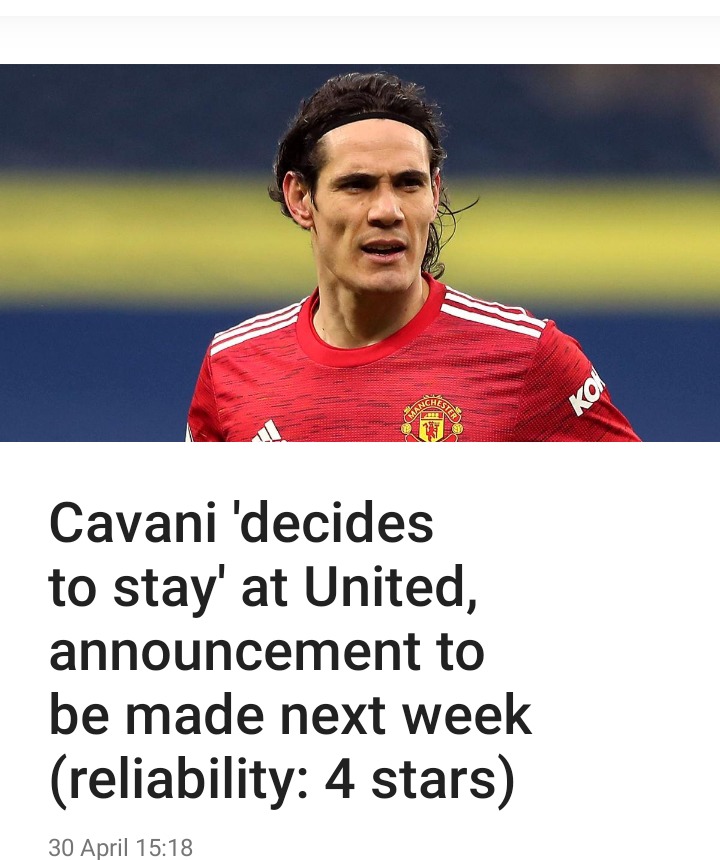 According to Manchester Evening News reports, Cavani has decided to extend his stay at Old Trafford beyond this year.

The reports claim that he has agreed on a one year contract with Manchester United, with the announcement going to be made official in the coming week.

This will save Manchester United millions of signing overrated players like Erling Haaland who is rated at £200 million.

Is this the best decision?

Rip: So Sad After A Politician Reported Dead On A Terrible Road Accident At Salama, Makueni County

Here’s Why You Should Close Your Bedroom Door at Night

If You Have These 8 Things Count Yourself Among Rich People