By William_Kiarie (self media writer) | 3 months ago

After a long while, Manchester United are finally back in the top 4 of the premier league. Considering the struggles that the team has been going through, this is something for the team and the fans to celebrate as the international break approaches. 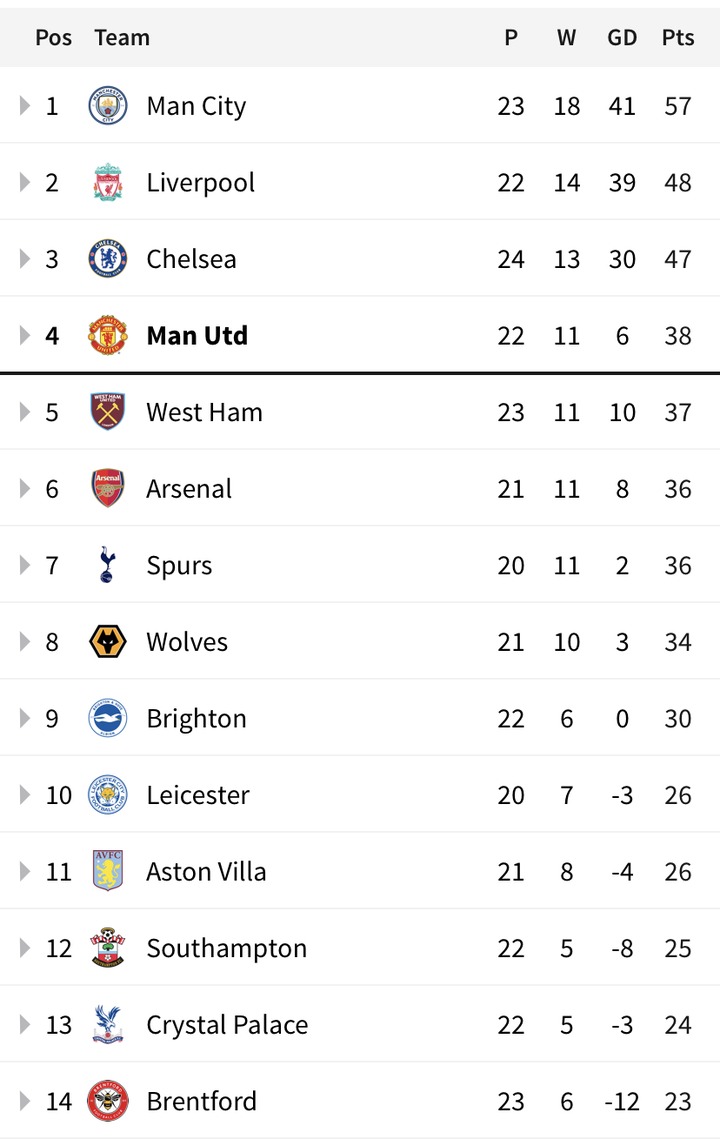 Manchester United beat West Ham 1-0 on Saturday evening through a controversial 90 + 3 minute goal by Rashford to see the team go passed Arsenal, Tottenham and West Ham. However, Manchester United under interim manager Ralf Rangnick have to be more consistent if they want to maintain the position. This is because whereas United have one game in hand, Arsenal have 3 games in hand and Tottenham have 4 games in hand. 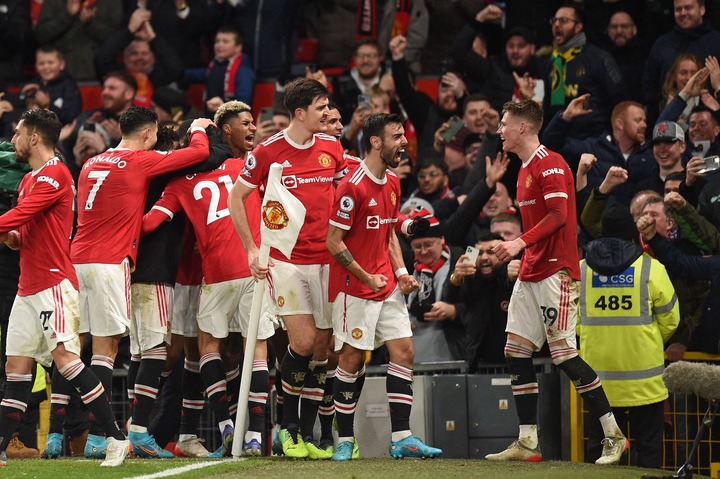 United were able to maintain the position after Sunday’s London derby where Tottenham were unable to beat Chelsea. Goals from Hakim Ziyech and Thiago Silva were enough to have Tottenham settle for 7th position. Had they won the match, the 3 points would have sent them straight to 4th place. Arsenal were held on a barren draw by Burnley which was good for United for if Arsenal had also won, they would have jumped to 4th displacing Manchester United.

With the international break coming this weekend, it means United will enjoy the top 4 privilege and have something to boost about.