By GhostNews.Com (self meida writer) | 15 days 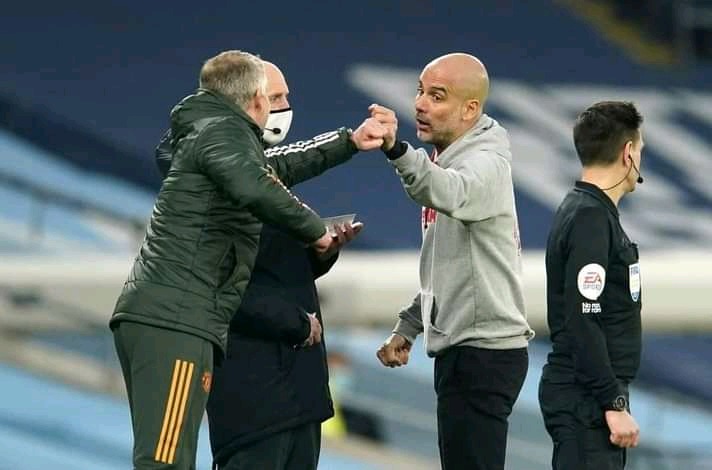 For a football club to be successful, they have to find a perfect balance in the midfield with the attacking midfielder being pivotal in creating and scoring goals.

That has been witnessed between the two Manchester clubs who have two great attacking midfielders in Kevin De Bryune and Bruno Fernandez.

The two top midfielders have been on top of various charts in the English Premier League and they seem not to stop impressing any time soon.

Kevin De Bryune has been pivotal for Manchester City since he was signed back in 2015. His contract was running out sooner which prompted the Manchester City board to act swifty and give him a new deal. 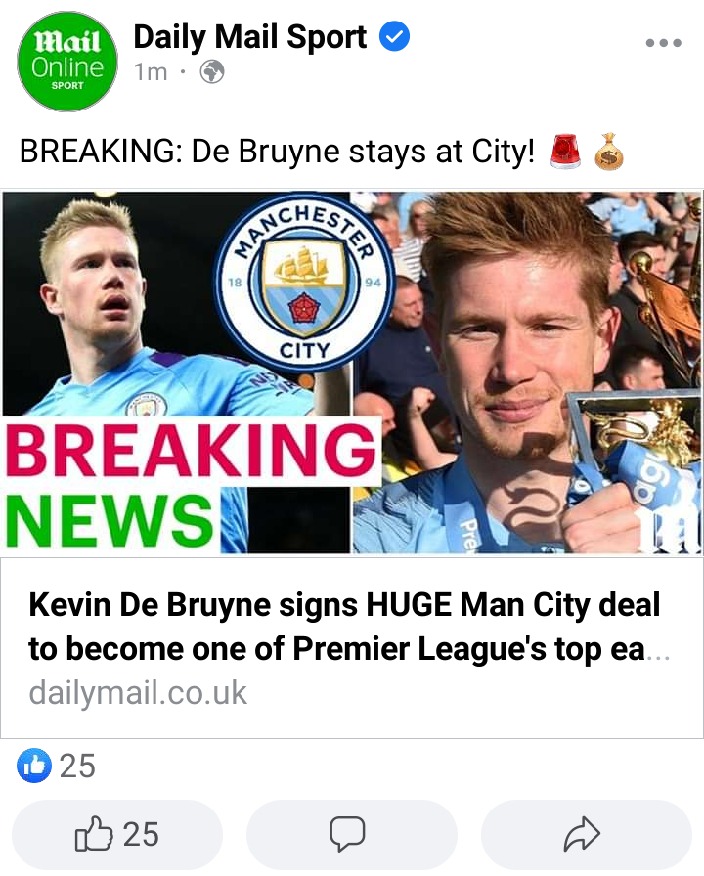 According to sources, Kevin De Bryune has agreed to a new improved four years contract which might make him stay at the Etihad till he retires from professional football.

De Bryune was quoted speaking after signing the contract as he said; "I could not be happier. Since joining City in 2015, I have felt at home. I love the fans; my family are settled here in Manchester and my own game has developed really well.

This football club is geared for success. It offers me everything I need to maximise my performance, so signing this contract was a straightforward decision. I am playing the best football of my career and I honestly feel there is more to come." 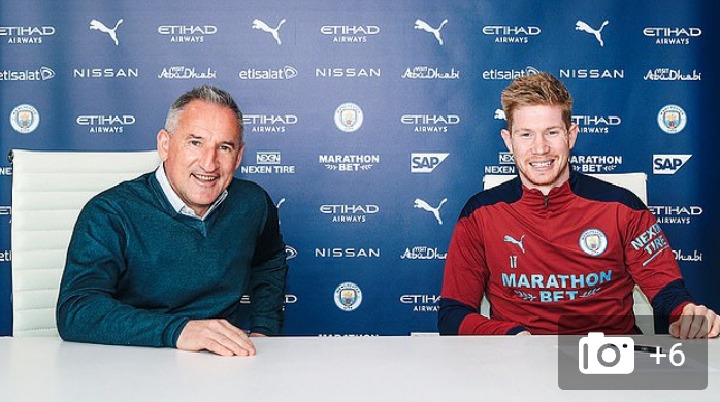 After agreeing to this new deal at the Etihad, Kevin De Bryune will become the top earner in the English Premier League after his £300K per week wages got improved.

This is the list of the top earners in the English Premier League;

Has the Manchester City board made a wise decision to offer Kevin De Bryune a new long term deal to make him the top earner?