After Manchester City 2-0 Victory vs Palace & Leceister 1-1 Draw, This is How the EPL Table Changed

By PoliticalEntertainment (self meida writer) | 4 days 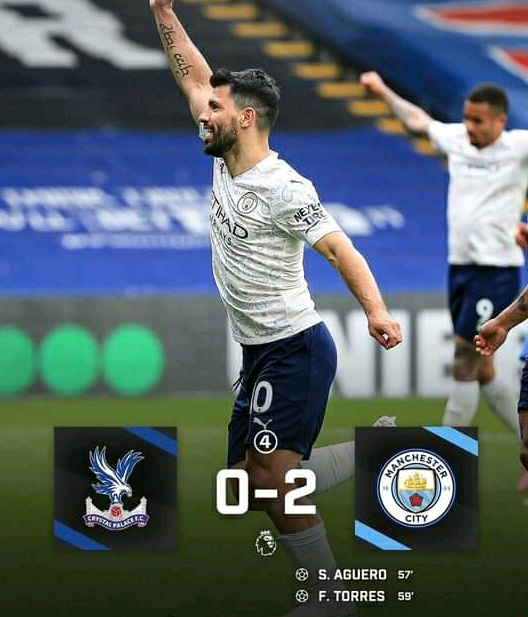 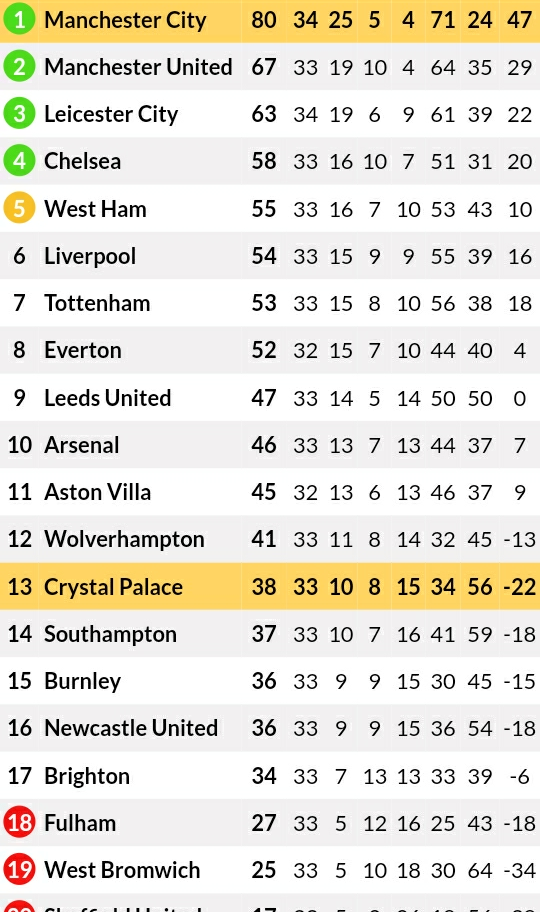 Leceister City were stunned at St Marys Park after being held by Southampton into a 1-1 draw & drop 2 vital points. Southampton opened the scoring in the second half through James Ward Prowese Penalty after managing a goalless draw in thr first half with 10 Men. The Saints defender Vestergaard was shown a red card in the 10th minute after a dangerous foul hence reducing the hosts to 10 men. Leceister City equalized through Jonhy Evans in the 67th minute after clever Kelechi Iheanacho cross to salvage a point for the foxes. After the 1-1 draw, Leceister City climbed up to position 3 inthe Premier League table with 63 points while Southampton moved up to position 14 with 37 points.