The Red Devils revived with fire of goals. 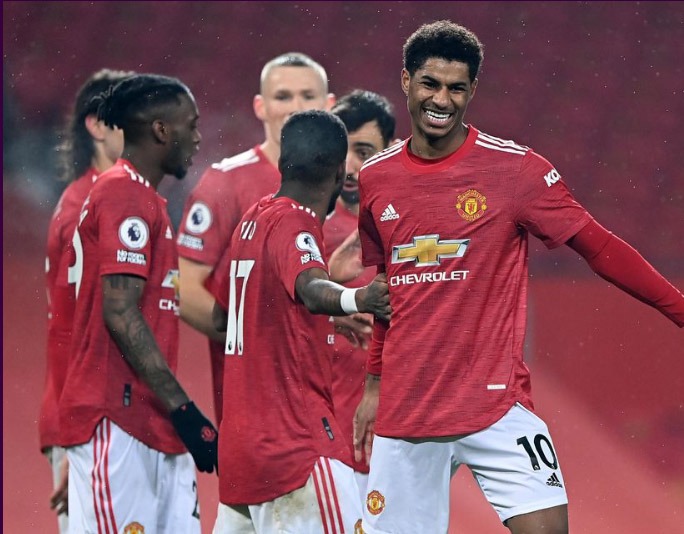 The game started off badly to southampton men when Alexandre Jankewitz was sent off the pitch just the first minute of the game.

Manchester united made their first goal by wan- bissaka who got an assist from luke Shaw. Then Marcus Rashford scored the second goal leading to a 2-0 lead in the favor of manchester united.

Things became worse when Jan Bednarek score an on goal and Edison cavani added the forth goal immediately after the third goal leading to a 4-0 lead in the first half.

Manchester men came back in for second half in fire by Anthony martial scoring the fifth goal before scot mc Tominay scored the sixth goal.

Things got more worse to southampton boys when Jan Bednarek was also sent off the pitch leading to a second red cad for them and Bruno Fernandez was awarded a penalty leading to a 7-0 lead for manchester united before Anthony martial scored his second goal.

Daniel James the finalized the last goal in the last minute an assist from Bruno Fernandez leading to a 9-0 win in the favor of the red devils. They have now tied points with the leaders manchester city and down by just goals.