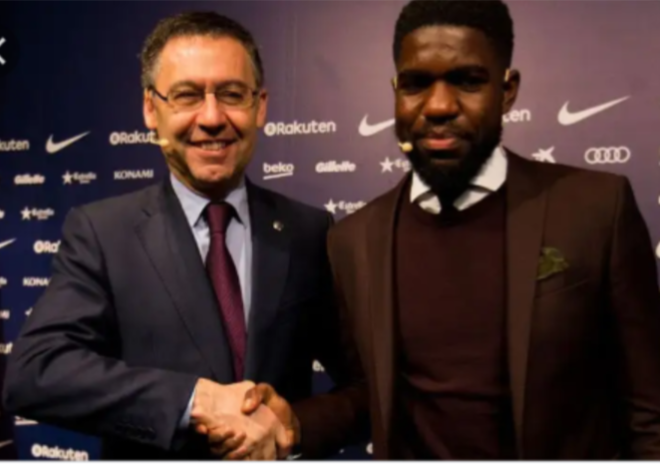 1. Official: The Spanish giant club of Barcelona has a confirmed deal with their core defender Samuel Umtiti, who signed another contract and committed his future at the club until 2026.

According to FC Barcelona official social media page, Samuel Umtiti has accepted to sign the new new deal with reduction on parts of his salary.

The deal will give the Spanish club an opportunity to focus more on bringing Ferran Torres from Manchester City to Camp New and add more depth to their squad. 2. Manchester United are reportedly still going on with talks with Wolves Hampton manager about one of their main player Ruben Neves and reports suggest that United have offered $36m bid to Wolves on the Portuguese international.

Wolves are yet to respond to the offer from Manchester United. However, according to Jorge Mendes personal terms of the player won't be an issue on the deal. (Source Fabrizio Romania)