By ExtraUpdates (self media writer) | 2 months ago

Two games were played on this day, in the first Ulinzi Stars hosted Gor Mahia as Tusker played Police.

After a goaless draw against Ulinzi Stars in a game that was played at Thika Municipal Stadium, Gor Mahia jumped to the top of FKF Premier League Table. Kogalo are having 13 points after playing five matches. The outcome left Ulinzi Stars in the fourth place with 11 points. 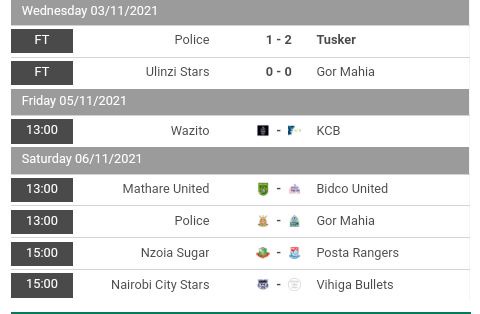 In another game of the day, Tusker registered their second victory when they visited Police FC at Kasarani Annex stadium. Tusker lost their first two opening games but now they seem to have rejuvinated recording two victories in a row. The Brewers moved to 10th place, Police on the other hand has only registered one victory and four losses.

Gor Mahia is on top with 13 points after participating in five matches with a +5 goal difference. After winning four matches and dropping points in one, Bandari has a total of 12 points positioning them second.

Wazito FC and Vihiga Bullets are in the relegation threat zone. 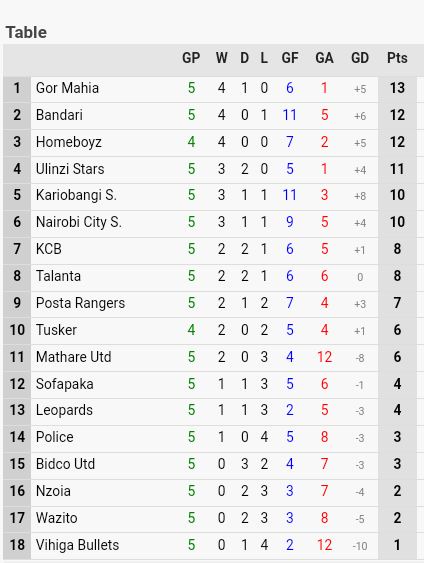