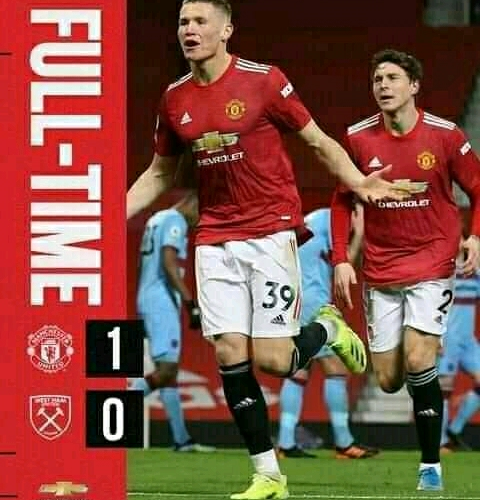 Manchester United won 1-0 at Old Trafford last weekend against Westham to reclaim their second spot with 57 points. Manchester United dominated both the ball possession & counter attacking but surpringly they could not feature in Premier League team of the week according to Whoscored. Leceister City who won 5-0 & Manchester City who won 3-0 over the weekend; dominated the Premier League team of the week after picking 7 spots. Chelsea who drew 0-0 against Leeds United also featured alongside Liverpool who won 1-0 & Arsenal who edged Tottenham 2-1 in North London Derby. 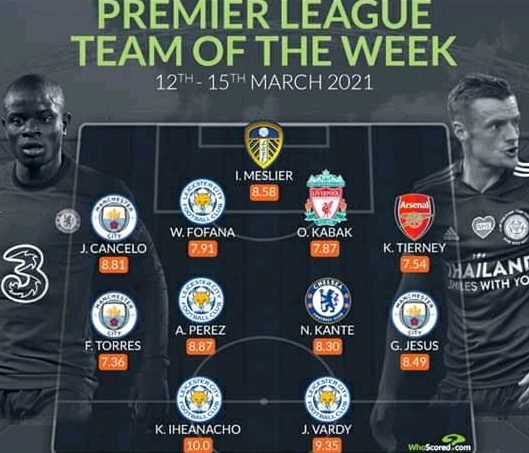