RELEGATION ZONE:Points Required For A Team Not to Be Relegated in EPL. 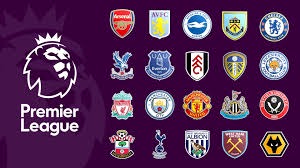 The English Premier League is the most favourite and captivating league across the world. With its popularity across the entire world, the league attracts the largest number of fans.The competition in this league is very tough. The league is made up of 20 teams that battle against each other in either survival in the league or becoming champions. In total, a team plays a total of 38 matches.

A good number of teams have played for decades without being relegated back to the championship side. However, there are also those that only survive for one season and in the next season, the got back to the championship or even lower. On average, most teams that survive the relegation zone hits mid 30s in terms of points. In fact, 35 points could sea a team survive in recent times.

There is a "mythical belief" that a team requires 40 points in order to avoid being relegated. There are teams that jave been relegated with over 40 points as well as promoted with less than 40 points. In 2002/03 season, Westham were relegated yet they had 42 points. See the bottom three teams in the section of the 2002/2003 English Premier League table.

Back in 1993/94 season when the EPL was referred toa as First Division, Sheffield United went to relegation with the same points(42) while Oldham Athletic was relegated with 40 points.

The season that followed, Crystal Palace left the premier league side for championship with 49 points. Other teams that were relegated alongside Crystal Palace are Middlesborouh with 44 points and Nottingham Forest with 40 points.

Looking at the statistics above, you will realize that a number of teams never survived relegation despite hitting the 40 point mark. Recently, most teams have survived being relegated with about 35 points, many managers feel that 40 points will comfortably keep a team safe. Claudio Ranieri once told Leicester in 2016 that this mark would help them survive in EPL and it became a motivation for them which saw Leicester win the EPL title.

Opinion:Where Is The Jobs For The Youth The Politicians Are Promising?

Opinion: Leaders Who Have Clear Plans To Solve Land Issues In Kenya

We do not choose our destiny it chooses us.