Mikel Arteta has spoken out about Arsenal’s plans for the final days of the January transfer window. 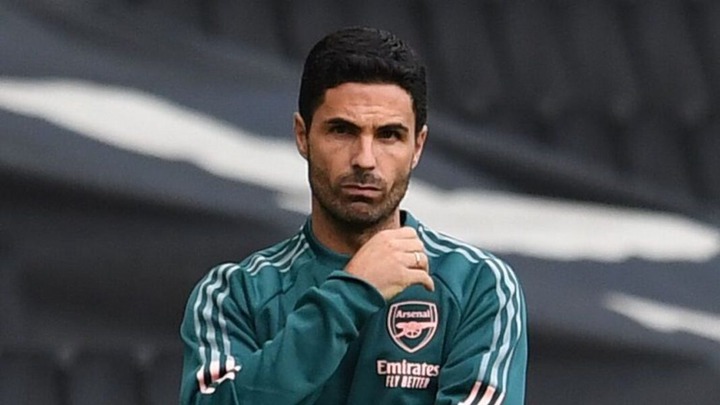 The Gunners have let Ainsley Maitland-Niles, Flo Balogun, Sead Kolasinac, and Pablo Mari leave, but have yet to bring anyone in with less than a week to go.

The lack of depth was palpable during Sunday’s 0-0 draw with Burnley, when Arteta’s only senior attacking option on the bench was 22-year-old Eddie Nketiah.

However, with only a week left in the January transfer window, a move this season appears unlikely.

In fact, as the possibility of signing Vlahovic fades, Arteta has warned fans not to expect any signings.

Arteta told reporters after the club’s game against Sean Dyche’s Clarets on Sunday that it does not appear likely that the club will be able to bring in any new faces this month.

Well we are certainly trying,” the Spaniard said. “But I don’t know if we are going to be able to do it. Let’s see.

“It’s not only our intention but a lot of facts that are needed to happen.”

The Gunners appear to be lacking depth in the forward and midfield areas at the moment, with Granit Xhaka and Thomas Partey both suspended for Sunday’s draw, and Pierre-Emerick Aubameyang again not involved, forcing the misfiring Alexandre Lacazette to start again.

Arsenal are still hopeful of securing deals for Juventus’ Arthur Melo and Fiorentina’s Dusan Vlahovic to address this issue, according to football.london.

Arteta admitted that he would only bring in players who he thought would improve on what he already had at the Emirates.

We have to make the right decisions with players that we believe are really going to help us, and try to bring as well the ones that are going to take us to the next level,” he said.

“Players that come here it has to be to take us to the next level,” the Spaniard then went on to add.

Ivan Perišić to Chelsea: What Would be his possible Squad Number