By @festus.writer (self meida writer) | 1 months

On Saturday, the 39-year-old KDF boxer, Nick Okoth's quest for Olympic medal came to an abrupt end after conceding defeat to Mongolia’s Erdenebatyn Tsendbaatar. He admitted that that was his last chance in the medal chase. 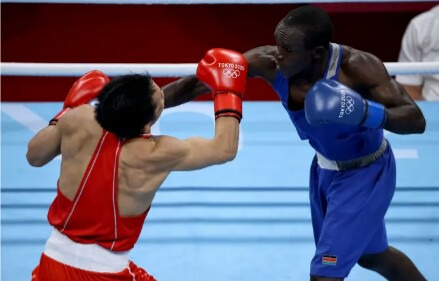 The captain of the national boxing team, also known as Commander in the boxing team, indicated that at his age, it will be tough for him to compete come 2024, when the next Olympics games are hosted in Paris.

Okoth was similarly gracious in loss, saying that even though he believed he had won, he had no problem with the judges' decision in the feather weight round of 32 battle, which was 3-2 in favor of the Mongolian.

He stated that he had no hatred toward his opponent and that he would be satisfied if he could make it all the way to the medal round. 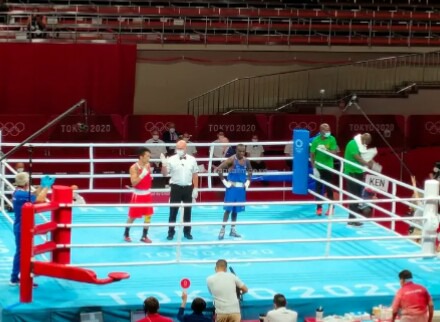 He was also keen to point out that his defeat should not serve as a deterrent to the other boxers as they prepare to enter the ring in Tokyo.

At 11:15 a.m. today, Christine Ongare will face Philippines Irish Magno in the women's fly round of 32 match (5:15am Kenyan time).

Ongare will be looking to put on a good performance and keep Kenya's Olympic hopes alive.

Ongare's task will be difficult as the Hit Squad's captain, Okoth, was eliminated in the first round of the competition.

However, she stated that her goal in Tokyo was to earn a medal. But it's still unclear what she'll do this morning.

Only four Kenyan boxers, including Elly Ajowi and Elizabeth Akinyi, were able to win tickets to the Olympics.

On Tuesday, it will be Ajowi and Akinyi's turn to fight for the medal.