By GerryTips.com (self media writer) | 14 days ago

Borussia Dortmund fans will want a repeat of their previous result, being a 1-0 Champions League victory versus Sporting Lisbon.

Coming into this fixture, Borussia Dortmund are undefeated in their last 7 league matches at home.

After suffering a loss in their previous game against Freiburg in Bundesliga 1 action, Augsburg and their travelling supporters will be hoping that they can get a better result in this one.

The trend of at least one team drawing a blank in games involving Augsburg has been fairly consistent of late. A glance at their last 6 outings reveals that it has happened 5 times. During these clashes, opposing sides have hit a goal aggregate of 11 and Augsburg have scored 2. 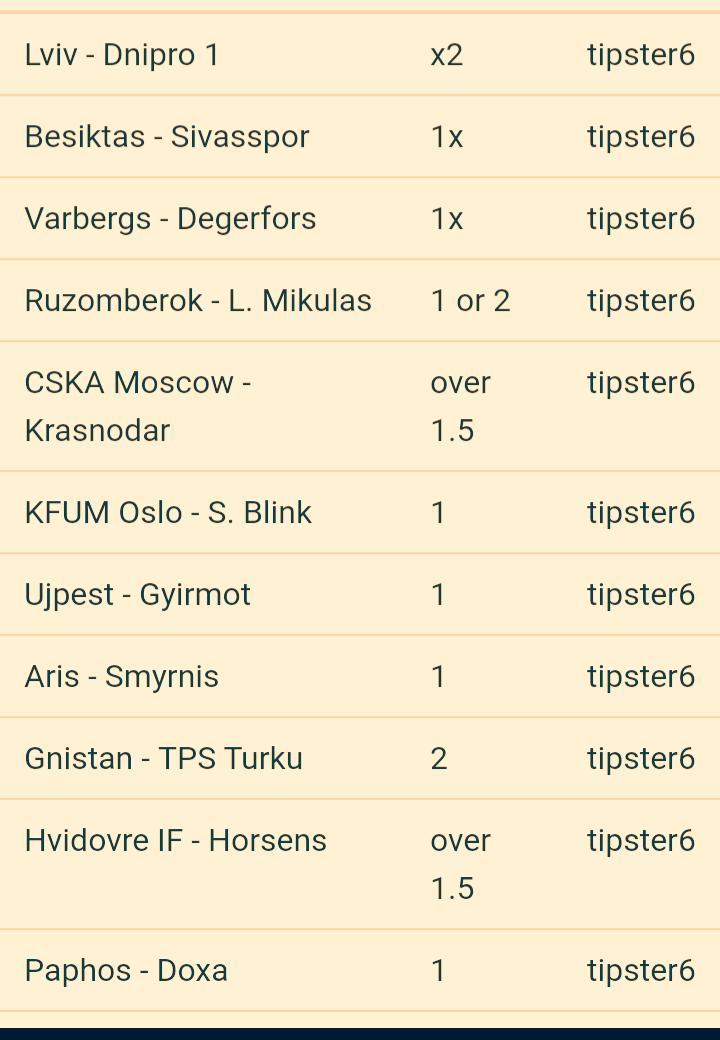 Under three goals per game were recorded in 5 of the last 6 fixtures where VfL Wolfsburg have been participants. Regarding the goal split during that period, opposition teams scored a total of 5 while VfL Wolfsburg managed the sum of 6.

Gladbach head into the clash following a 1-0 Bundesliga 1 win against Borussia Dortmund in their last match.

Looking at their form, and Gladbach have been scored against in 5 of their last 6 games, with opponents netting 9 goals overall. In defence, Borussia Mönchengladbach have been far from perfect. Previous results aside, we must now wait to see if that pattern might be maintained in this next match.

Stuttgart head into this match following a 0-0 Bundesliga 1 drawn result vs VfL Bochum.

Matches involving Stuttgart have proved to be exciting ones recently with plenty of scoring being the norm. Over their past half dozen games, the sum total of 21 goals have been recorded for both teams combined (at an average of 3.5 goals per game) with 9 of them belonging to Stuttgart. That sort of trend won’t necessarily be carried forward into this game, though.

Hoffenheim will come into the clash after a 3-1 Bundesliga 1 win with the eclipse of VfL Wolfsburg in their previous fixture.

In that match, Hoffenheim had 50% possession and 11 attempts on goal with 3 on target. For Hoffenheim, the goals were scored by Andrej Kramarić (45'), Christoph Baumgartner (73') and Pavel Kadeřábek (81'). On the other side, VfL Wolfsburg got 12 attempts at goal with 2 of them on target. Ridle Baku (25') scored for VfL Wolfsburg.

Throughout their six latest matches, Sebastian Hoeneß's Hoffenheim have seen their efforts on goal rewarded a total of 11 times thus earning them a goals scored per game average of 1.83.