Against all odds, Manchester United came from behind to thrash Tottenham Hotspurs 3-1 at White Hart Lane, causing an online uproar especially on Twitter and Facebook.

Here in Kenya, several politicians and celebrities who were supporting either of the teams reacted in various ways, depending on the team that they love. 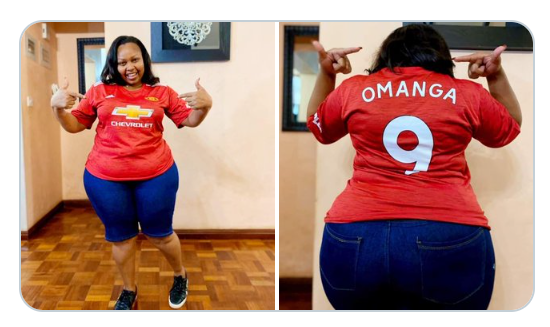 She is one of the die hard Arsenal FC supporters in Kenya, and she seemed to show her satisfaction with the smooth football that was played by Manchester United, leading to their win. 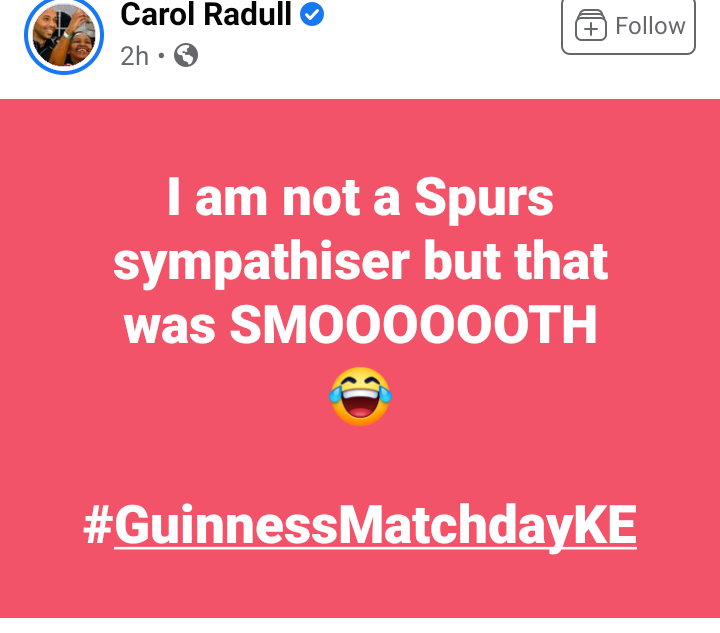 "I am not a Tottenham Hotspurs sympathiser, but that was smooth," Carol Radull posted on Facebook.

She is one of the politicians who have been supporting Manchester United her in Kenya. After the win, she used her twitter and Facebook pages to show her support to the club, as well as celebrating the result. 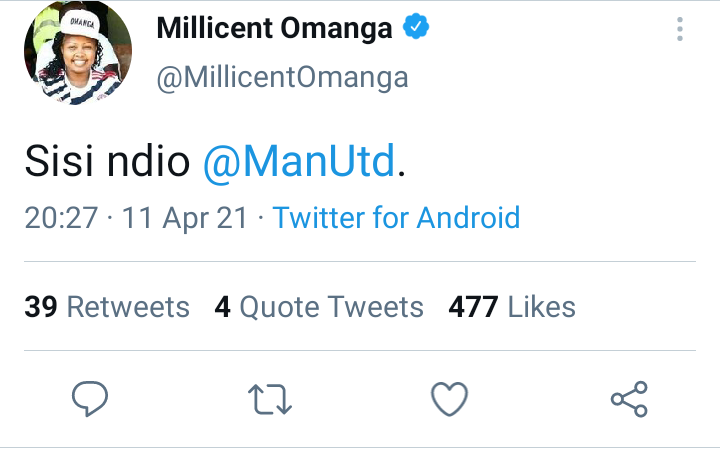 "Big win for Manchester United. I think finishing as never one is still possible, or what do you think," Senator Millicent Omanga posted on Facebook.

He is a die hard Manchester United supporter, and the huge win at White Hart Lane made him look lively and excited.

Initially, United's leading goal by Edinson Cavani had been ruled out by the VAR, following an infringement by Scot McTominay in the buildup. Several minutes later, Spurs took the lead through Son, and in the second half, Manchester United made one of the greatest comebacks, to complete a 3-1 rout to bag the three points.