By Newscook (self meida writer) | 19 days 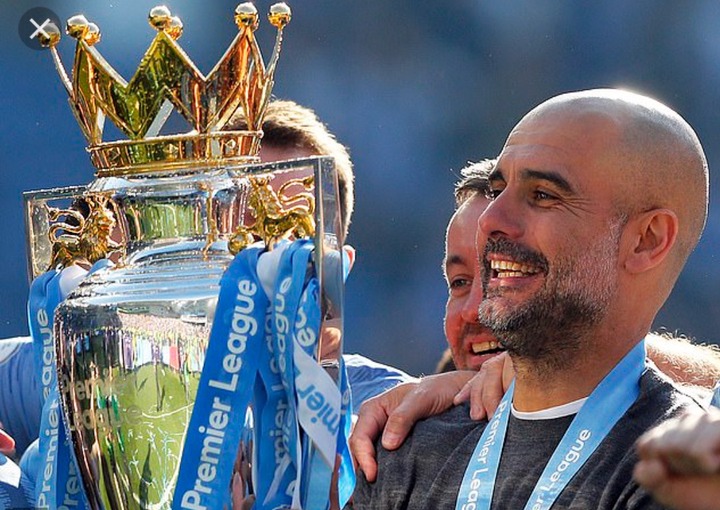 With 6 remaining crucial fixtures to finalise the season, the Premier League has taken its momentum. English teams are striving to overcome the inbuilt competitive nature of the top flight as their strengths are positioning them where they deserve to be on the league table. 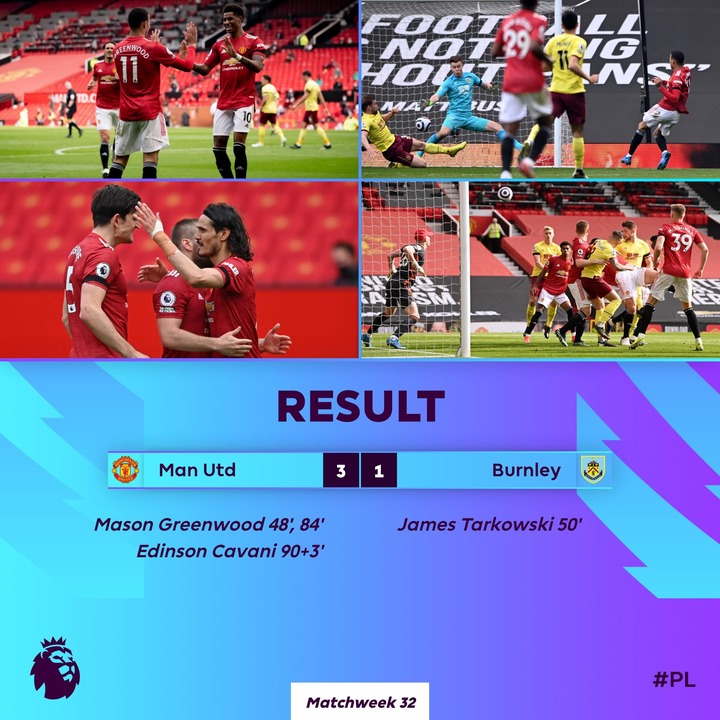 The dusts of Manchester United clash with Burnley have settled at Old Trafford. After a goalless first half, the hosts went rampant against their opponents especially during the last 10 minutes of the game. Mason Greenwood who gave a breathtaking performance scored the first 2 goals for the red devils. Edinson Cavani got the job done, Manchester United winning 3-1 against Burnley moving to 2nd place of the league standings with 66 points. 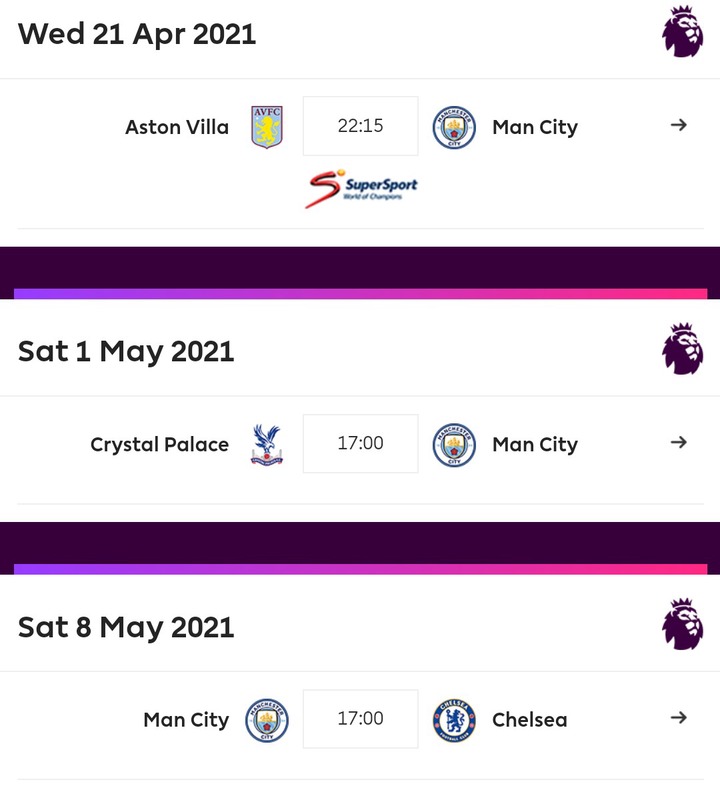 Atop the table with 74 points, Manchester City will now need to win their next 3 league matches and one mere draw to be crowned as the 2020/2021 English Premier League champions. Pep Guardiola would lift his third title as City's manager by defeating Aston Villa(A), Crystal Palace(A) ,Chelsea(H) and a draw against Newcastle (A).

If Manchester United will fail to win one of their next 3 league games, then Guardiola would have a reason to smile for the title would land at Etihad Stadium sooner than expected.