Man United fans are still waiting for anything good from their club. For the first time since 2010 the club has not signed player before July. This seems to be embarrassment and panic in Man United board. The club is linked to a number of players but nothing tangible has been done.

According to reports from sources near the club, Christiano Ronaldo could be on his way out after handing a transfer request. The 37 year-old is said to be unhappy with the recruitment of the club. Two weeks ago the star ordered the club to finish the deals as soon as possible but for now only speculation can be hard. 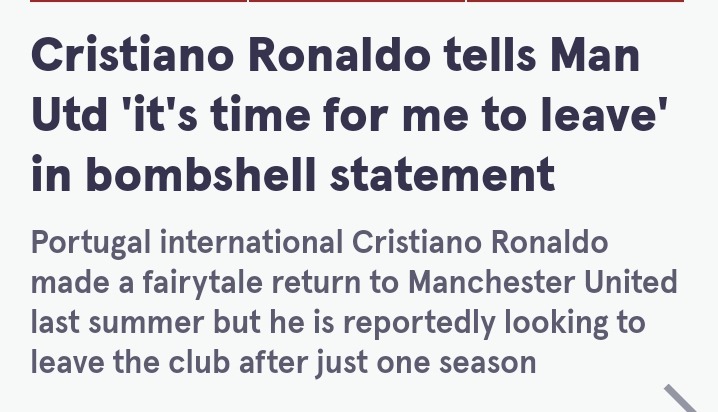 Chelsea and Bayern Munich are possible destination for the Portuguese Star. Manchester United are still yet quite on the transfer demand but on the other side could solve their problems. This will allow the club to go for Antony as they had planned. Martial and Rashford are also expected to get regular playing time should the star leave.

Manchester United on the good side are about to reach an agreement with Ajax over signing Argentina defender Martinez. The 22 year-old is considered good competitor to Harry Maguire who has has poor starts at the club.