By Kraimditectiv (self media writer) | 22 days ago 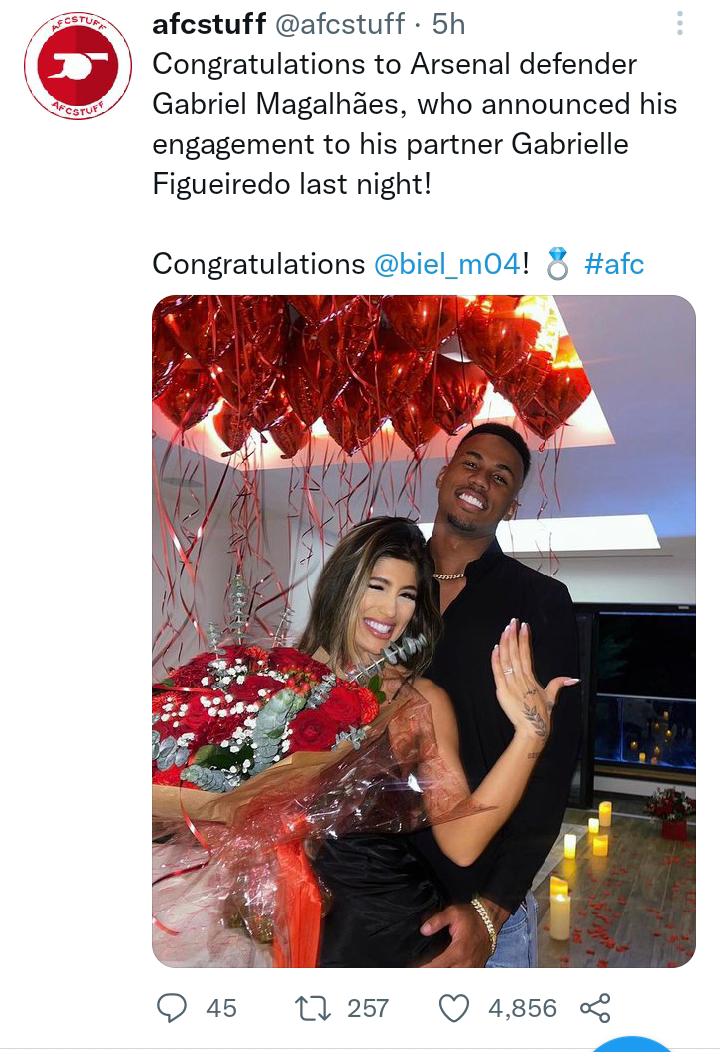 Arsenal’s defender Gabriel Magalhaes is finally off the market for the single girls after he proposed to his long-time girlfriend Gabrielle Figueredo. The engagement proposal was made in a very romantic way and place which was secretly organized by Magalhaes in their apartment.

Many fans congratulated the young defender for finally tying the knot with his girlfriend but they have told him to keep his calm because tomorrow he will be making big calls at the heart of the defense. Magalhaes, 23, is an indispensable member of Arteta’s squad and therefore it is expected that he will start ahead of Pablo Mari and Saed Kolasinac for the Left Center Back position. 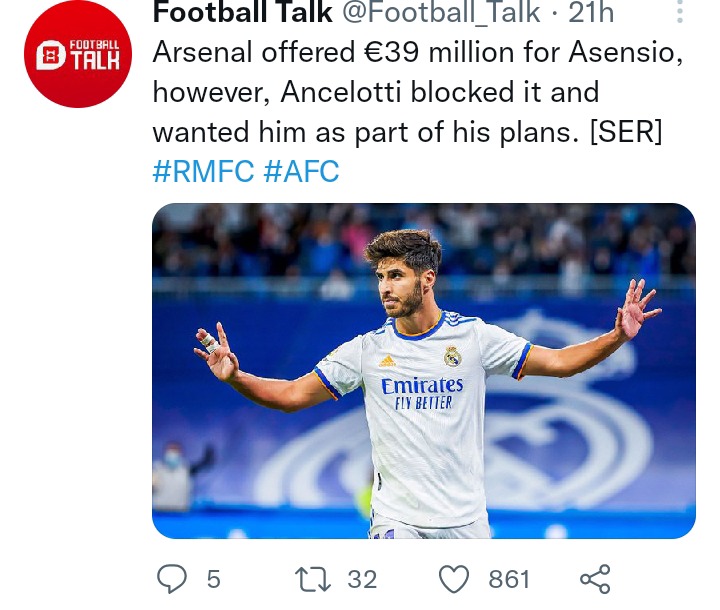 According to reliable sources, Arsenal had submitted a €39 Million offer to Real Madrid for Marco Asensio but Carlo Ancelotti blocked the transfer request saying that Asensio was a vital piece in his plans. Asensio is yet to make an appearance for Real Madrid this season and fans are convinced Ancelotti had a personal agenda against Arsenal which pushed him to reject the request.

Arsenal are said to have diverted their attention to Isco but the salary demands submitted by the player were very high and Arsenal withdrew from the negotiations. However, in Odegaard’s case, Ancelotti had explained to the Norwegian that he does not have a place in his team because he does not usually play with a number 10. Odegaard, therefore, pushed for a move to Arsenal where he was wanted. 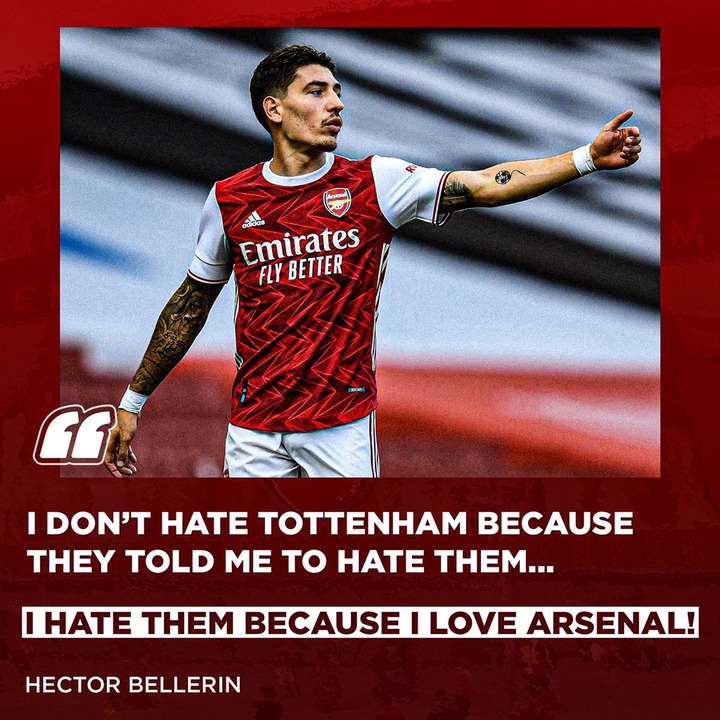 Arsenal loanee Hector Bellerin was recently asked by a journalist what he thought about the highly anticipated fixture between Tottenham and Arsenal on Sunday. Bellerin said that anything to do with Tottenham sounds bitter to him. And when asked if he hates Spurs he said yes explaining that he hates Spurs because he loves Arsenal. Not because other people told him to hate them.