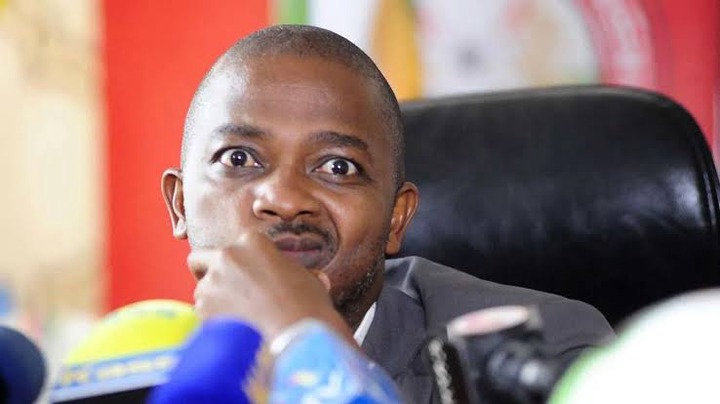 Some more bad news have hit Nick Mwendwa again after the court ordered he be Remanded for one more single day ahead of his ruling tomorrow.

The embattled FKF President Nick Mwendwa was arrested at Ridgeways on Kiambu Road and taken to DCI Headquarters.

The federation’s CEO Barry Otieno said the reasons for his 12-noon arrest were not immediately given.

“His (Mwendwa’s) vehicle was blocked by DCI officers, who bundled him into their car and sped off,” Otieno said.

This came a day after the court released Nick Mwendwa after the prosecution failed to press graft charges against him.

However the FKF President seems to be on the receiving end after the kenyan soccer team was hammered.

Many have been calling for his Sacking saying he was a bad leaders who has been leading the national team into turmoil. 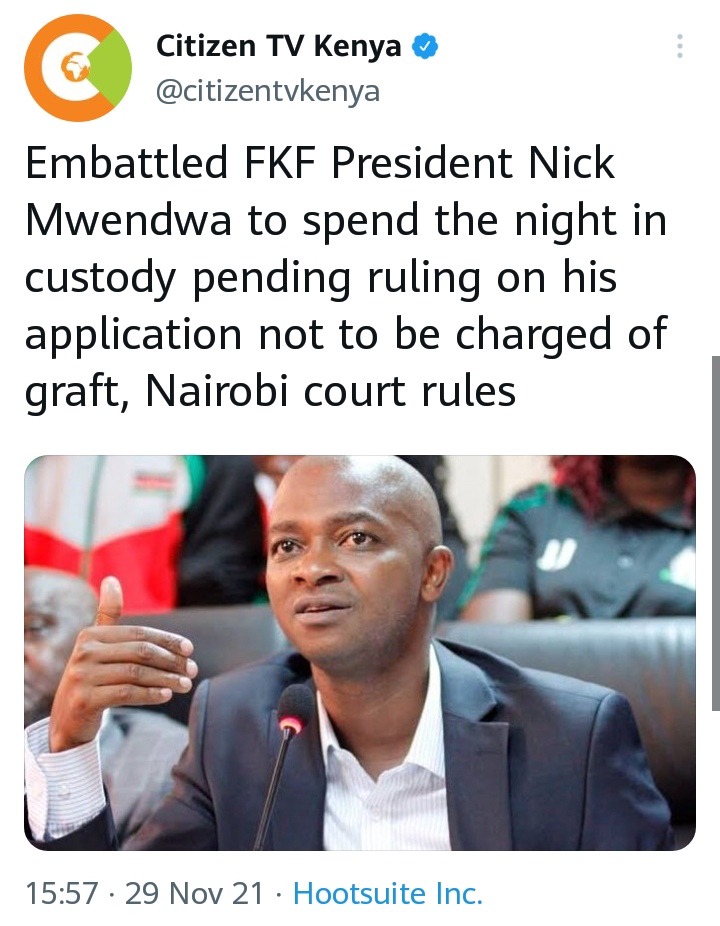