By Amohru (self meida writer) | 8 days

Ronaldo became the joint top appearance for Champions league with Iker Kasillas whome they played together at Real Madrid.

Today Ronaldo broke another record but still Man united fell to Young Boys. The game was thrilling and Ronaldo scored a goal in 15th minute assisted by Bruno. This seemed to ensure win for United but the game changed as AWB was red carded. 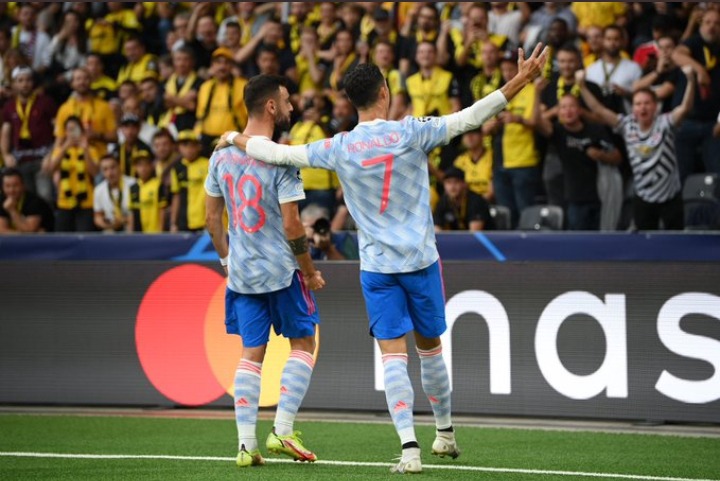 This reduced man United numbers to 10 in the field.Dalot came in for Sancho. To shore defence but things did not settle down. As Young Boys continued to wreak havoc to United defence and got a goal through Ngamaleu. 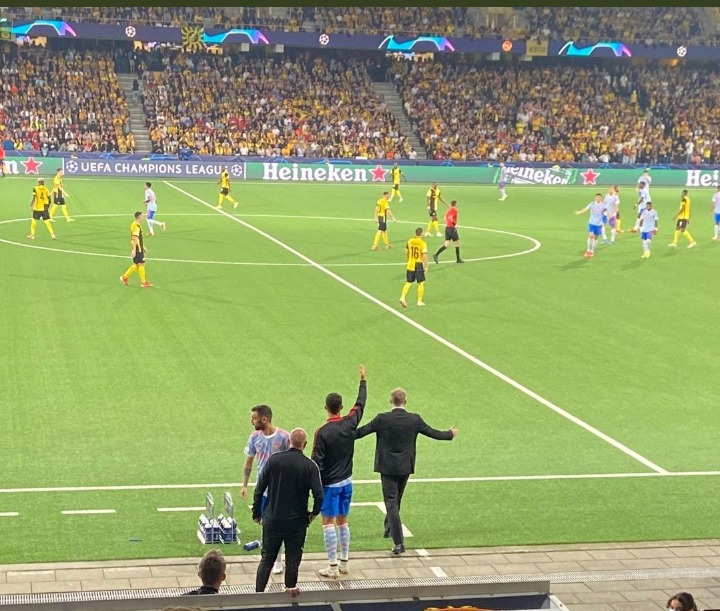 The game now was 1-1 but removing of Ronaldo and Fernandes proved to be costly. Lingard in the 95th minute gave back pass that resulted to goal Siebatcheu.

This sank United chances to win. United needed win and the best substitute he could have is removing Fred and giving Greenwoods chance to shore things.

The best way to defend is to attack. That's what famous United Coach Alex Ferguson said. Ole should have employed this tactics and It could have resulted to win.

Content created and supplied by: Amohru (via Opera News )