By FootballUpdates (self media writer) | 9 months ago 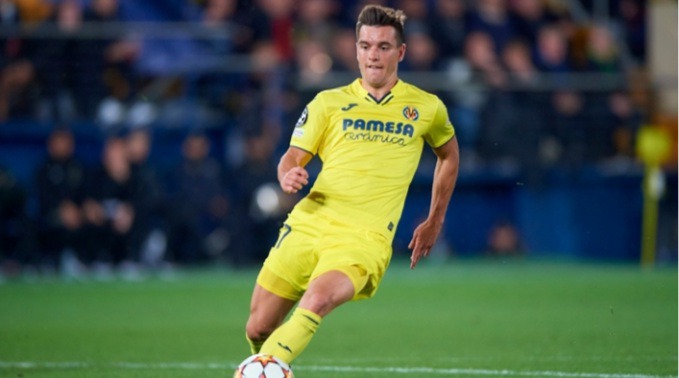 Giovani Lo Celso expressed his pain at Villarreal's elimination from the Champions League semi-finals after Tuesday's 3-2 defeat by Liverpool.

Faced with the daunting task of closing a two-goal deficit after the first leg at Anfield, the Yellow Submarine equalized after a rough 45 minutes at El Madrigal with goals from Boulaye Dia and Francis Coquelin to equalize.

Liverpool eventually settled down after the break, and the air effectively went out of the tie when Fabinho's shot crawled through Geronimo Rulli's legs and into it, with the Reds winning 3-2.

Lo Celso, signed for Villarreal in January, believes the home crowd propelled her to such a quick start but her energy was drained.

"The first impression is pain and sadness because we wanted to play this final," Lo Celso told Movistar+ after the game. “We had a very good first half where we cut all the circles for them, we pressed, we created situations, we took a 2-0 lead.

The support of the fans, who pushed us from the first minute, gave us a huge boost.

In the second half it was difficult for us to keep up with them, they started to find space and that's where they found the goals.

Luis Diaz's substitution at half-time for Diogo Jota was transformative and Liverpool found another gear to eventually win in the 90 minutes and restore their overall lead.

Lo Celso believes Liverpool's class has finally shown itself but was proud of his team-mates' performance in getting this far in the Champions League.

"It was a bit difficult for us to keep up the rhythm of the first half," he said. “They started to control the game a bit more, finding spaces and generating situations.

We missed the game in ten minutes in the second half but I'm proud of my team-mates because reaching the semi-finals is no small feat, and even more so against such a quality opponent.

Content created and supplied by: FootballUpdates (via Opera News )