By DailyContent (self media writer) | 17 days ago 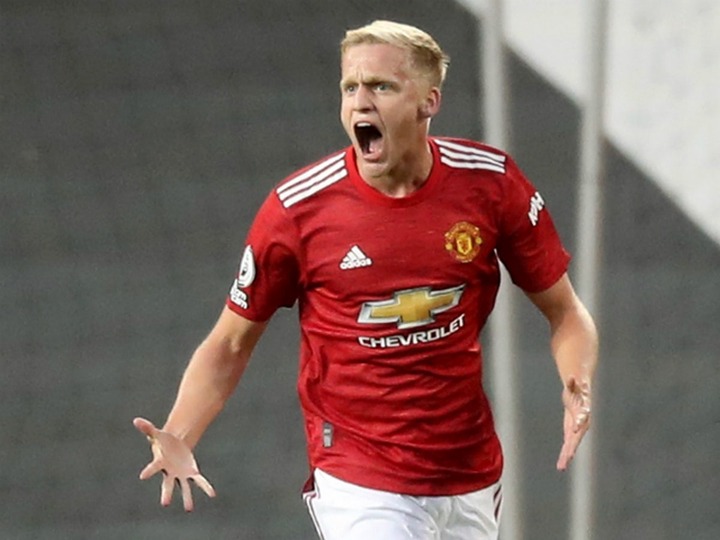 Manchester United beat Spanish club Villarreal 2-1 at the Champions League matchday two. The huge victory came courtesy of Alex Telles and a last-minute winner from Cristiano Ronaldo (who else).

United were seeking redemption after their loss to Young Boys and also losing the Europa League final to Villarreal. I y wasn't an easy sail as United missed the services of Harry Maguire and Luke Shaw who were ruled out due to injury. The makeshift defence tried its best and conceded only one goal.

During the second half, changes were made with Pogba and Sancho coming off for Cavani and Matic respectively. This move will change the tempo of the game and give United more attacking options.

In the 89th minute, Alex Telles and Mason Greenwood were subbed off for Fred and Jesse Lingard respectively. What happened, however, is that Ole Gunnar ignored Donny Van De Beek who was keen on getting a few minutes of play.

As shown in a video on social media by @neutralcf_, Donny appears to be angry at the decision and his teammates try to console him. Van de Beek has been desperate for minutes but hasn't gotten much and will likely contemplate a transfer outside Man United come January. 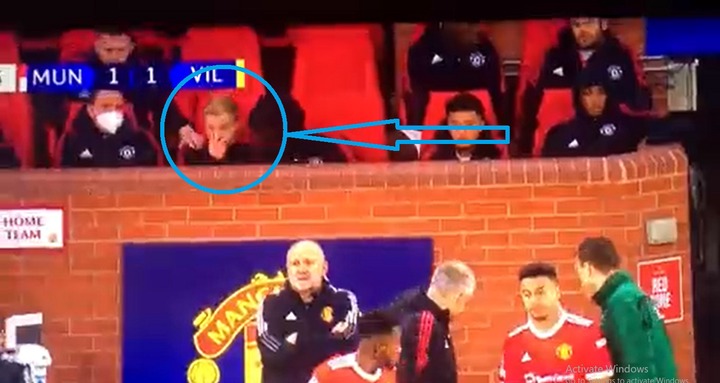 The video is with the caption; "Donny not pleased to say the least" 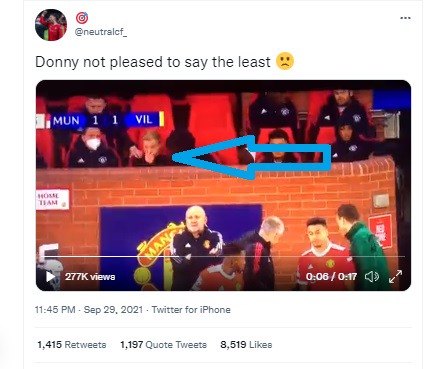