AC Milan and Torino go to head to head encounter tonight as AC Milan have won their previous three games against Torino.Milan won 2-0 against Torino in the league at the weekend and they come into this game with high hopes of getting another victory.

Prediction both teams to score in this match. 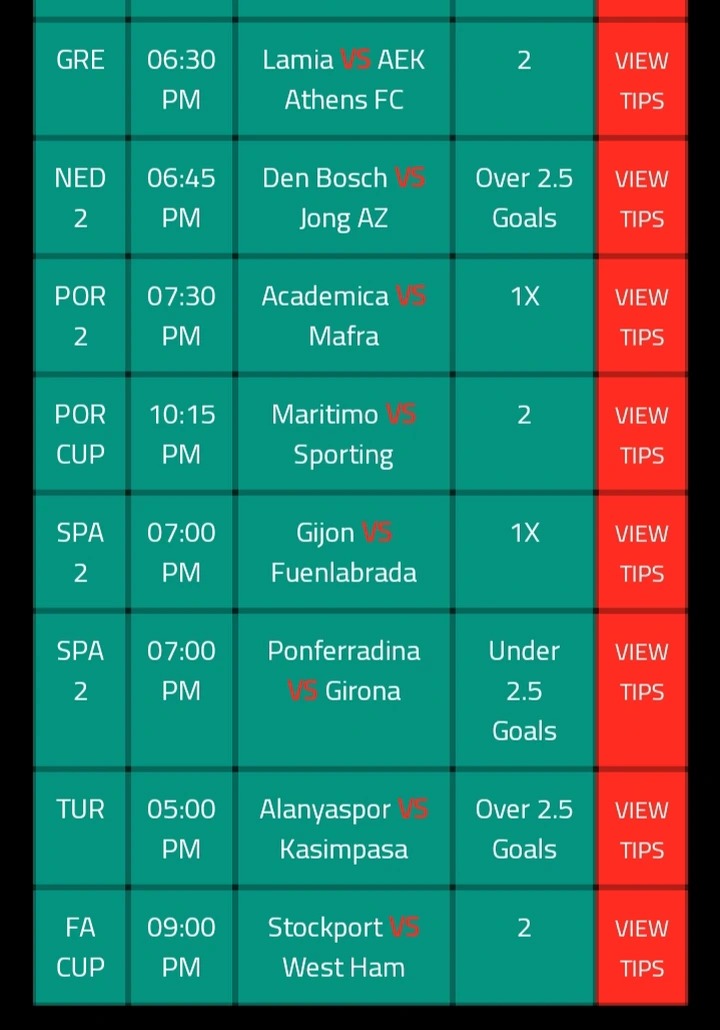 Torquay and Solihull Moors go into head to head clash in today's match as Torquay United is position 1 in English national league. They have lost 3 game in this season but it has never lost on home ground. For this reason there are high hopes for Torquay United to win against Solihull Moors.

Prediction Torquay to win this match.