Benin will be hoping to return to winning ways here after a 0-1 WC Qualifiers - Africa loss in their previous game against Tanzania.

Under three goals per match were seen in 5 of the past 6 meetings where Benin have been participants. Breaking down the goal weighting in that period, their opponents scored a total of 4 and Benin managed the sum of 7.

Madagascar go into this encounter following on from a 1-0 WC Qualifiers - Africa win with the downing of DR Congo in their last fixture.

The forward players for Madagascar have suffered from a shortage of goals over their previous six encounters, contributing the disappointing return of just 4. In those fixtures, Scorpions have also seen the overall goal aggregate of opposing teams equal 11. We will have to find out if that trend will be continued on into this next match.

Congo will be looking for an improved result here after a 1-2 WC Qualifiers - Africa defeat last time out to Togo.

It’s not been often in recent times that Congo have managed to hold out for a full 90 minutes. In fact, Congo have seen their defence breached in 5 of their previous 6 games, letting in 8 goals on the way. Still, time will tell if that pattern will persist in this next game or not.

After being defeated in their last game at the hands of Senegal in WC Qualifiers - Africa competition, Namibia and their travelling fans will hope for a better result here.

In their last half-dozen clashes, Namibia have bagged the sum of 7 goals. Namibia have also not failed to score on each one of those occasions. During that period, they’ve had 9 goals go into their own net. 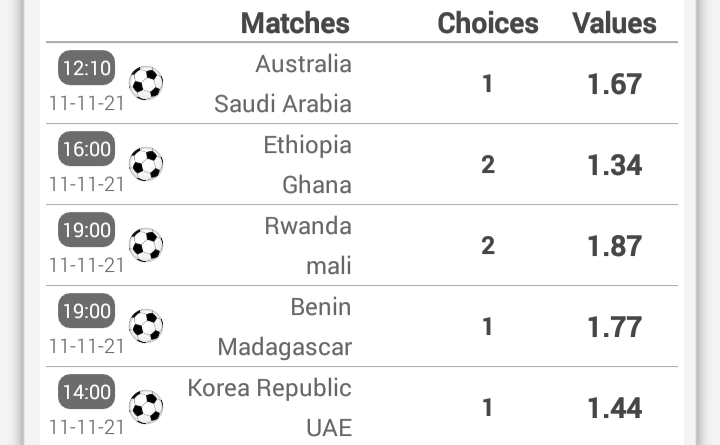 Rwanda will be looking to improve on their last outing here after a 1-0 WC Qualifiers - Africa loss in their previous game against Uganda.

Fewer than three goals per game were scored during 5 of the past 6 meetings where Rwanda have taken part. Regarding the goal distribution in this period, opposing sides scored a total of 4 while Rwanda managed a tally of 8. Still, time will tell whether such a trend shall be sustained in this next match or not.

Mali go into this clash after a 0-1 WC Qualifiers - Africa win with the eclipse of Kenya in their previous game.

A sequence of steadfast showings from the Mali defenders has resulted in their ‘goals against’ tally amounting to 2 from their last 6 fixtures overall. Over that same period of time, their own attack force has managed to score 8.

Anne Waiguru Raises Alarm on What is Happening to UDA Agents