Gavi, set to extend his contract with Barcelona as expected. Alemany now confirms: “Gavi will 100% continue with Barça, we have an agreement in place”.New deal set to be signed, never been in doubt. Gavi stays. 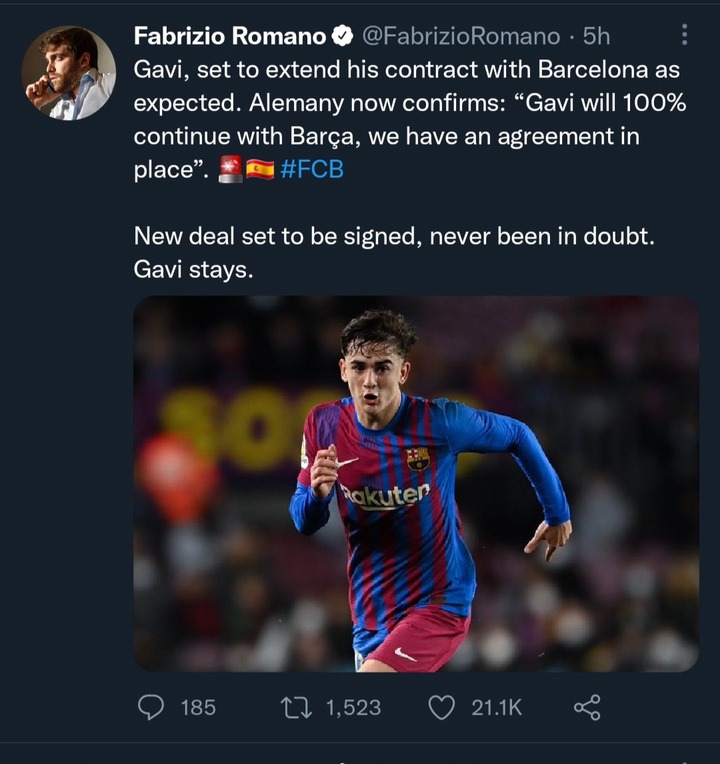 Steven Bergwijn has signed his five year contract as new Ajax player. It’s all done after yesterday’s agreement with Tottenham for €30m.Medical completed in the morning, now just waiting for club statement. 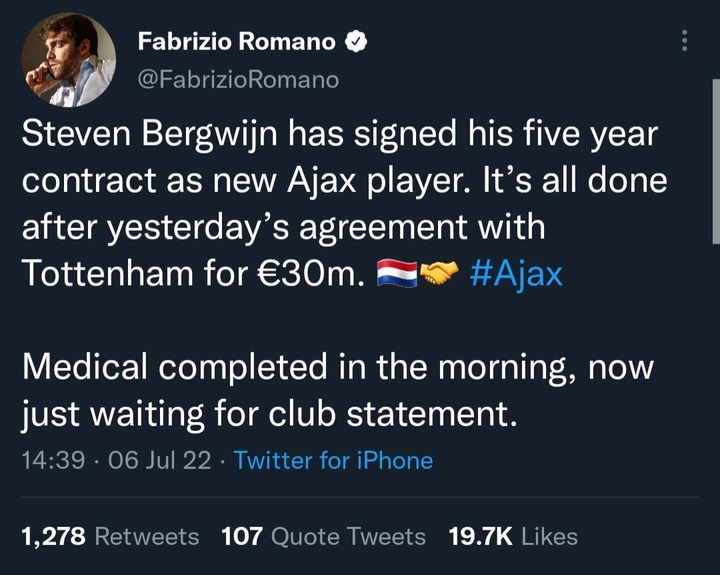 Laporta on Ousmane Dembélé: “If he wants to stay, he has to accept our final bid - otherwise he will leave. There’s no deadline”.“We want Ousmane to continue but now depends on him. He has not accepted current proposal but he’s open”. 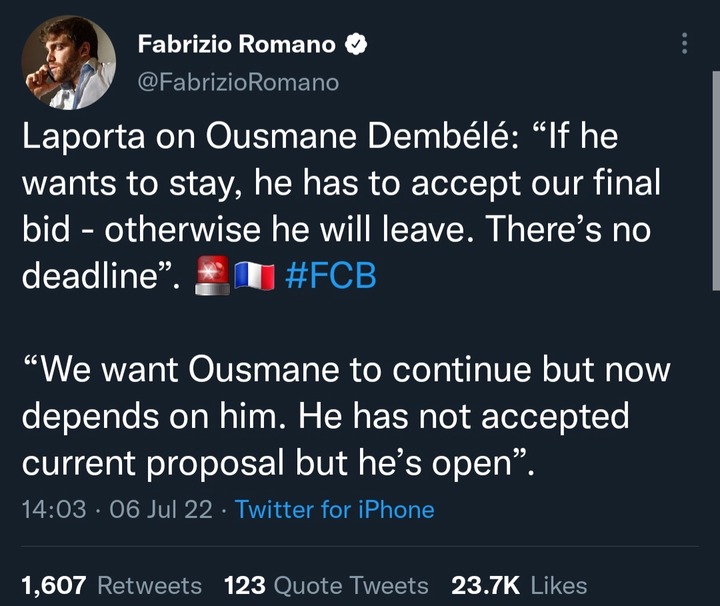 Official.Joaquín extends his contract with Betis until June 2023, legend of the club stays for one more season.Club statement confirms agreement now reached and signed. 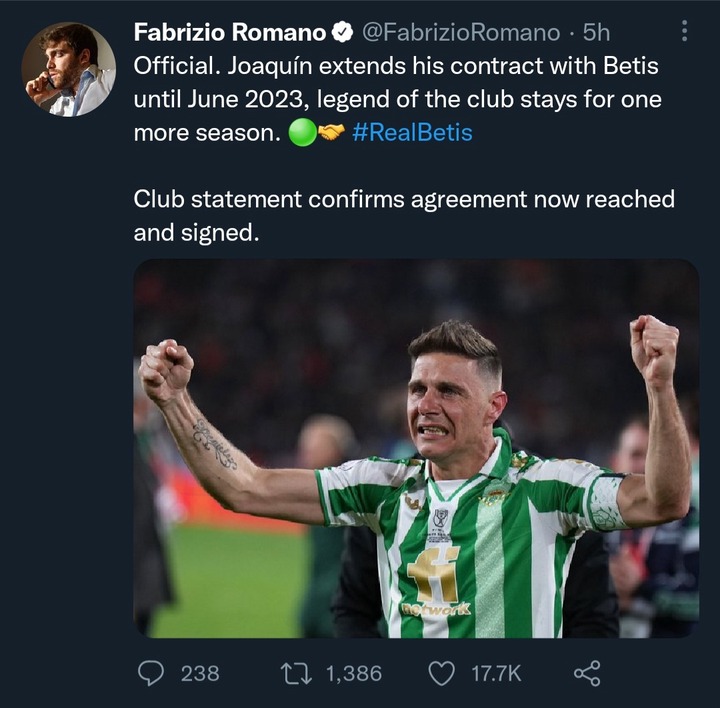 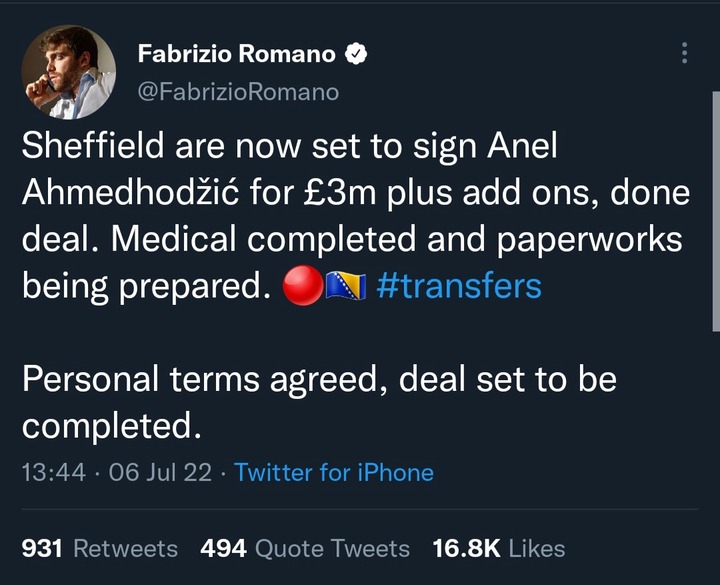 One year contract signed weeks ago and now announced. Axel Witsel to Atletico Madrid, deal completed and official.There’s also an option for further season included in the deal. 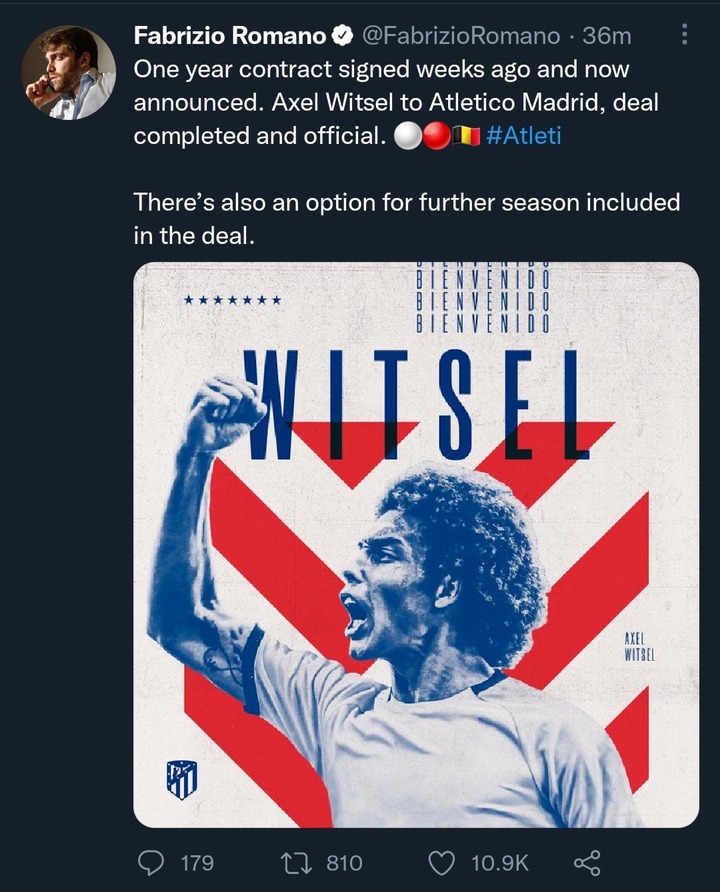 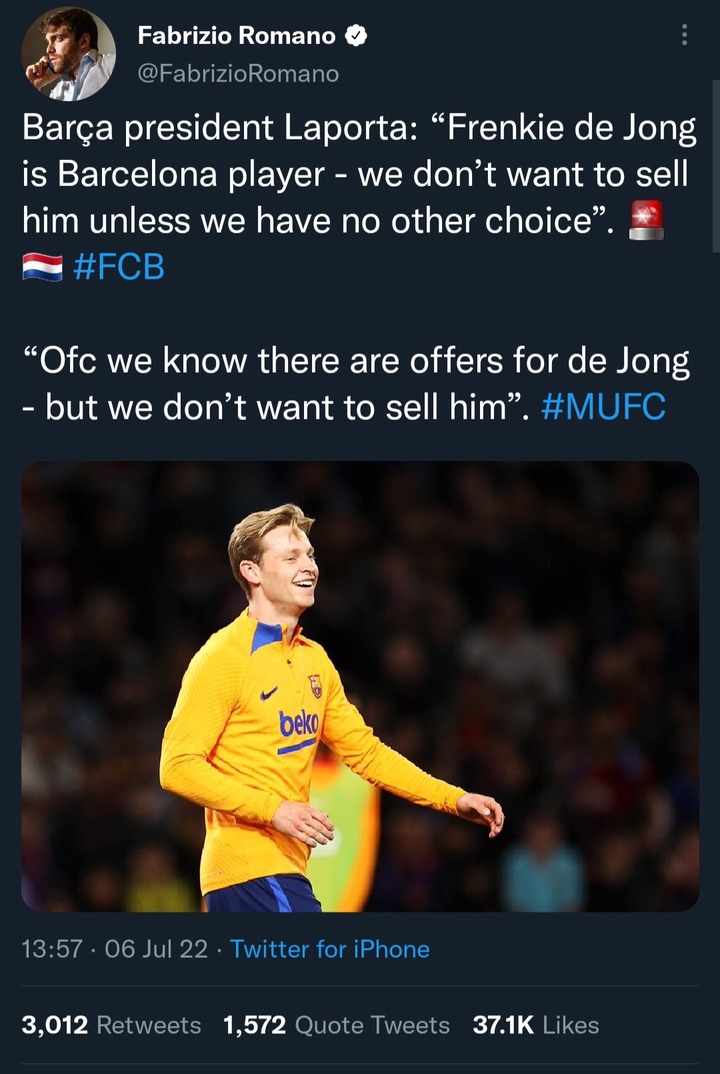 Barcelona president is not ready to sell De Jong this summer to Manchester United and he sees the 23 year old Holland international as a part of the new evolutions as a club.De Jong also wants to stay at Barcelona has he feels they have the better project more than Man utd and also they will be patticipating in champions league unlike the Red Devils. 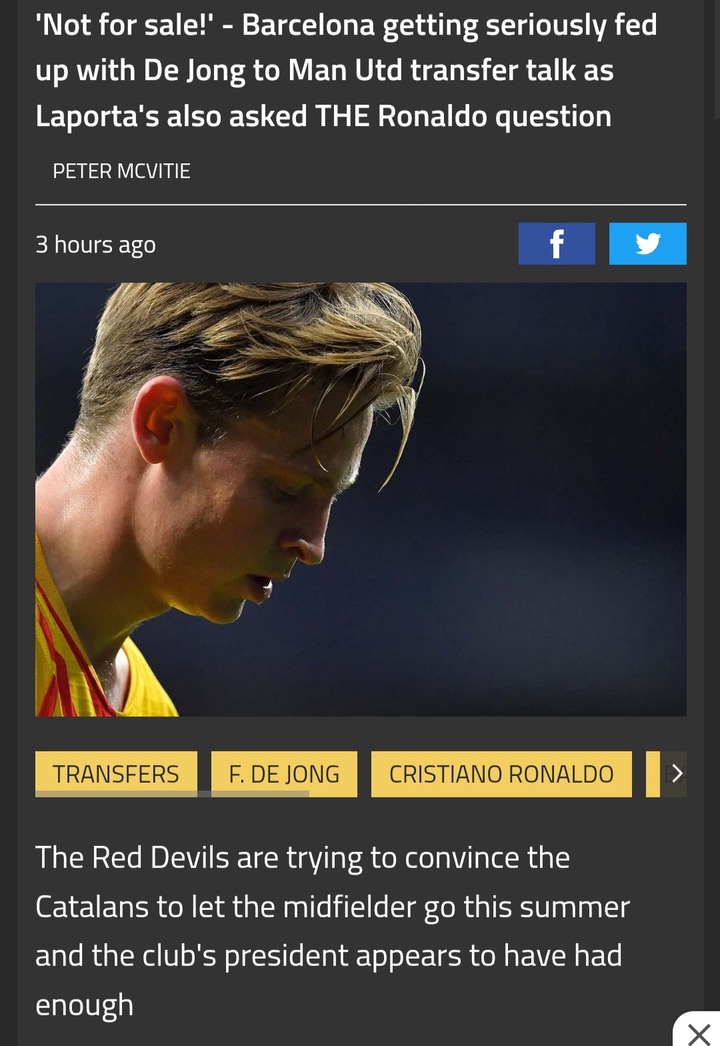 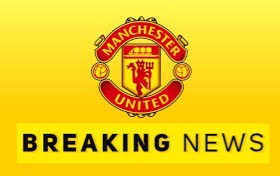