By Content_Arena (self media writer) | 11 days ago 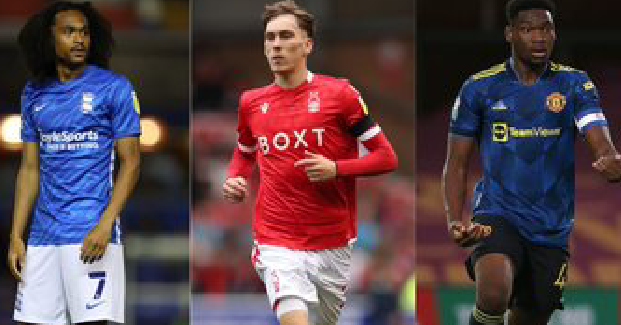 Man United may be active in the January transfer window, as the club is currently examining its loan policy.

Manchester United is already assessing the success of current loan agreements in advance of any possible adjustments in the January transfer window.

This summer, United approved 15 loan deals as Ole Gunnar Solskjaer and his staff sought young players who could get experience at various levels of the British and international football pyramid. In the January transfer window, Manchester United is set to make loan moves.

Axel Tuanzebe and Brandon Williams both transferred to rival Premier League clubs due to a lack of playing time in the senior set-up, while highly rated academy graduates like James Garner and Ethan Laird were among those to complete moves to Football League clubs.

Most players have already spent about two months with their new clubs this season, and as part of the latest development checks, United is evaluating the performance of those initial deals.

After a rocky start to his second loan stay at Alaves in Spain, Facundo Pellistri is one of the players being scrutinized. Since joining the club in early August, the Uruguayan has only played 195 minutes in seven games, with only one of those being a start.

He is one player who, if necessary, might seek a new challenge in January, though a club source emphasized that nothing has been decided on his future yet, and that the club is still pleased to see him playing in La Liga and learning from seasoned pros on a regular basis.

Nathan Bishop, the club's young goalkeeper, returned to the club this week to discuss his personal development plan and speak with coaches about his current loan term with Mansfield Town.

Any players who aren't getting enough playing time might either return to the club and play for the U23 side in the coming months, or be slated for another loan early next year.

Last season, Tahith Chong, Dylan Levitt, and Garner all swapped clubs midway through the season when their playing time at their respective teams reduced, and Matej Kovar, a teenager who had a difficult few months with Swindon Town, returned.

United is also open to allowing more young players to go on loan next season if the right offers come through. Teden Mengi was set to leave in the summer, but his return to Derby fell through, and Amad would have left if his move to Feyenoord hadn't been thwarted by injury.