AFC Leopards have missed out on their target signings; Clifton Miheso and John Makwata who have since joined newly promoted FKF Premier League side Kenya Police FC.

Clifton Miheso and John Makwata had been linked with their former club AFC Leopards but things have taken a turn after a few days of training with the FKFPL newbies.

Miheso took to his social media account yesterday to thank the Gor Mahia fraternity for the period they have been together. 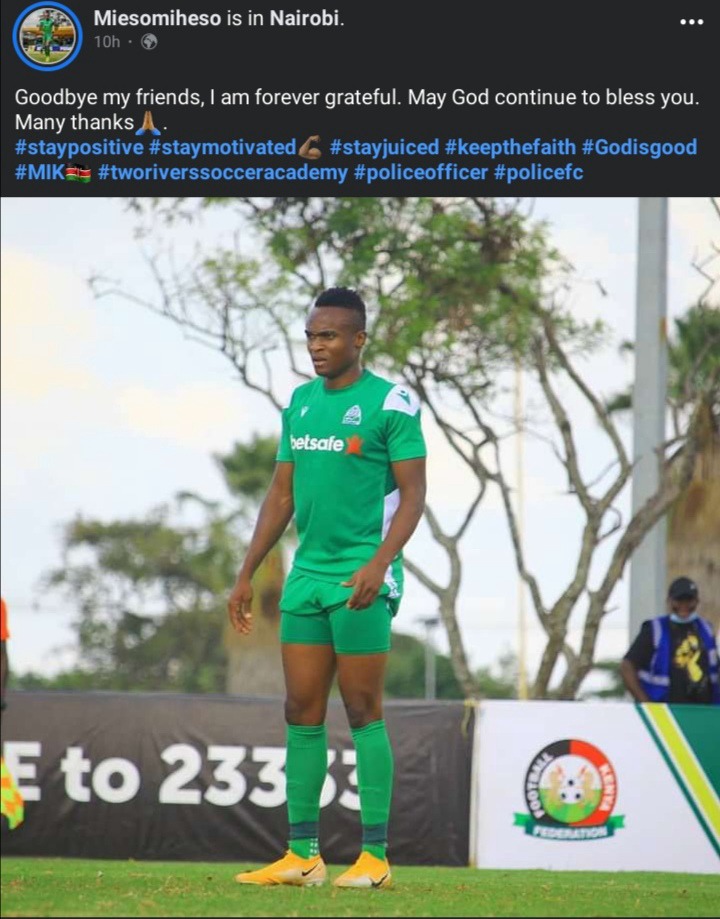 Police FC will play against Nairobi City Stars at Kasarani Annex as from 3 PM EAT tomorrow, in their second Premier League match of the season.

The Bobby Ogolla side have boosted their squad so as to compete in the FKFPL this season, 2021/2022.