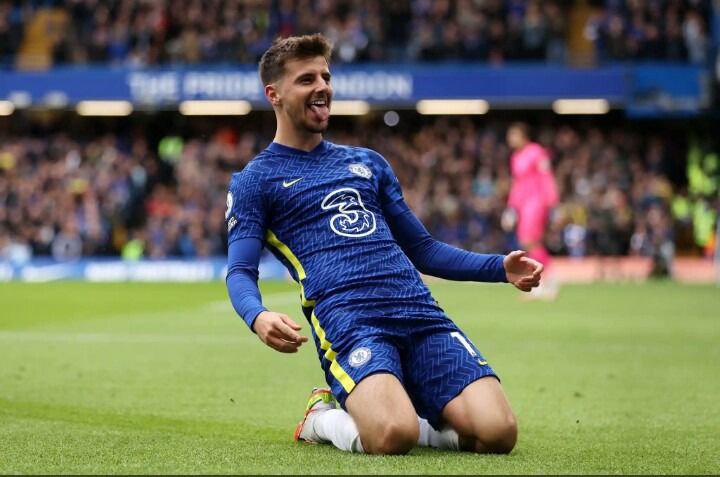 Chelsea football club fans have yet another reason to smile after the club made gave its verdict on the future on one of their star players. This comes barely a week afterverbal agreements were reached between the Chelsea hierarchy and Denmark international Andreas Christensen's agents over his contract extension. Talks with Germany defender Toni Rudiger have also been bolstered by the player's determination to stay at the Stamford Bridge.

Moments after bagging a hat-trick against Norwich City in a 7-goals thriller, Mason Mount has been declared untouchable by the board. The decision comes amid push to renew contracts of several other stars. His current contract expires in 2024 but the club's chiefs want to have it extended in a move that will possibly see him become the highest earning player in the team.

According to renown Italian sports journalist Fabrizio Romano, the London-based club and manager Thomas Tuchel are viewing the youngster as a long-term project and will try to keep him.

"Untouchable! This is how Chelsea board and Thomas Tuchel consider Mason Mount. It's hattrick time today.. His contract (2024) will be discussed again soon. It will take come time but he's in the renewals list with many other players," he said in a tweet. 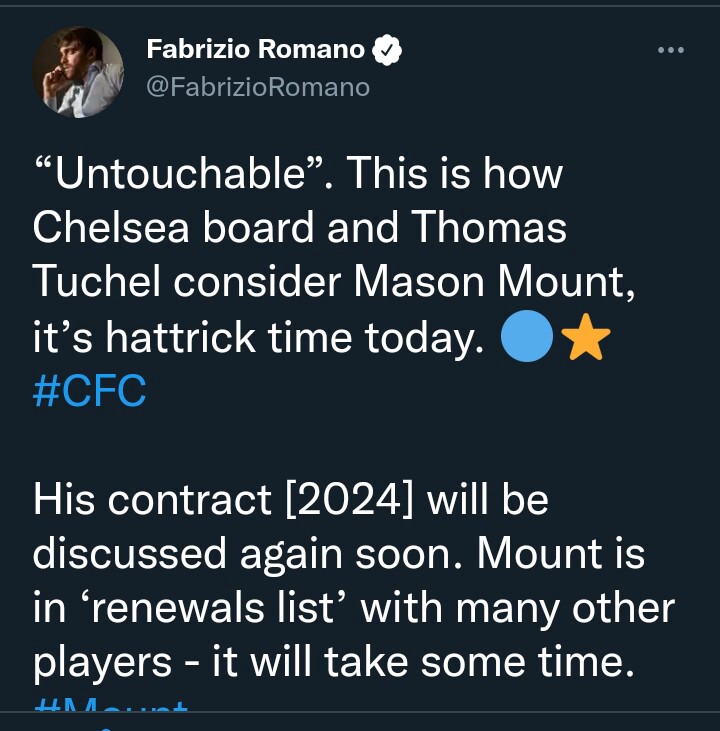 Meanwhile, the Blues are still interested in signing 21-year-old Dortmund and Norway striker Erling Braut Haaland. Tuchel recently hinted that he has been discussing Haaland's situation with the board and will try to get his signature in the summer tranfer window.

"He is a key figure at the Westfalenstadion. We talked about him in the just concluded transfer window. I think we have not really been serious about him but let's see what will happen in the next few weeks," he told German media outlet Bild in an interview.

Meet The Player Taking Tottenham Back To The Top, It Is Not Harry Kane

Every County Must Have a Public Swimming Pool, One Of The Popular Governor Urges.