By NewsHour (self media writer) | 2 months ago 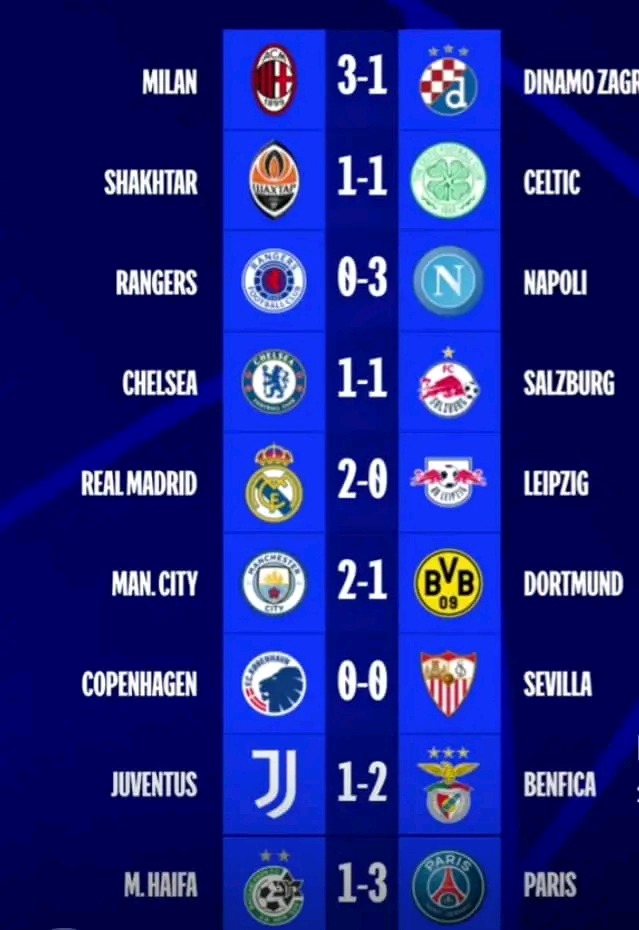 The UEFA champions League action continued on Wednesday after 8 matches were played on Tuesday.

AC Millan came from behind and secured a 3-1 Zagreb in the first game as Shakhtar shared points with Celtic football club after the game ended in a 1-1 draw.

In another match, Chelsea football club's poor start in this season champions league continued as RB Salzburg came from behind and settled for a 1-1 draw. After a goaless half, Raheem Sterling netted opening to goal for Chelsea.

FC Copenhagen on the other hand settled a 0-0 Sevilla as Juventus thrushed SL Benfica 2-1. Paris Saint Germain came from behind and secured all the three points when they visited Maccabi Haifa. Lionel Messi and Kylian Mbappe were on target. 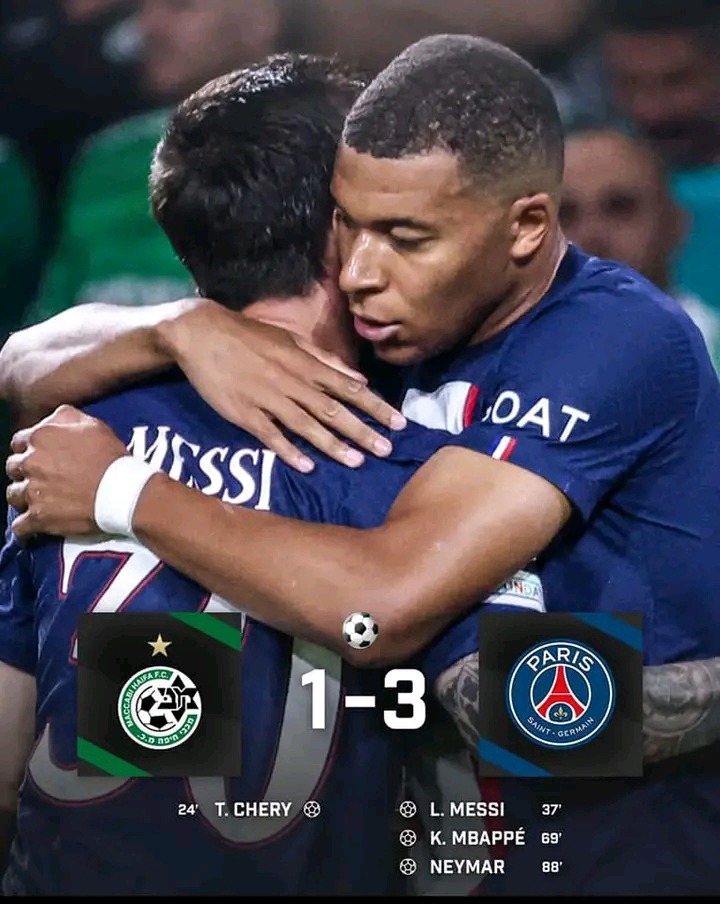 Manchester city came from behind and secured a 2-1 victory over Borussia Dortmund as Rangers FC underwent huge humiliation in the hands of Napoli who grilled the three goals without a reply.

Breaking: Just An Hour After Being Eliminated From The World Cup, Top Manager Has Stepped Down

"It Was My Last Game" Belgium Coach Steps Down