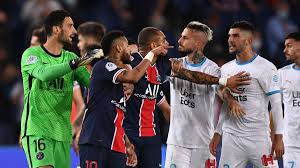 On Saturday afternoon, Sheffield Wednesday host Nottingham Forest at Hillsborough, in what is a massive game for the Owls in the fight for Championship survival.

The home team are in 23rd place in the Championship table, four points adrift of the safety of 21st place Derby.

This game is quite simply a must-win game for the team from Yorkshire, as if they draw and the Rams picked up anything from their game at Swansea, then they will be consigned to life in League One next season.

Even before gameweek 45 things look bleak for Darren Moore’s team, who ironically face Derby on the last day of the season. Results have to go their way this weekend for the final game fixture to mean anything, though.

A 3-1 defeat at Middlesbrough last time out means that Sheffield Wednesday have won just one of their last five league games while suffering three defeats in the process.

The fact that the Yorkshire outfit has won just two of their last eight league matches has also hindered their chances of mounting a bid for survival.

Nottingham Forest have endured another mediocre Championship campaign. The Tricky Trees are 17th place in the table, but they are 11 points clear of the relegation zone.

Chris Hughton’s team heads into this clash on the back of a four-game winless run in the Championship, although three of those matches have finished all-square.

Forest have a mixed recent away record in the Championship, as although they have won just one of their last six league matches on their travels, they are also unbeaten in their last four away matches in the second tier.

We predicts that this clash will finish in a low-scoring draw, which may be enough for Sheffield Wednesday to save themselves on the last day if Derby fails to pick up anything from their trip to Swansea. 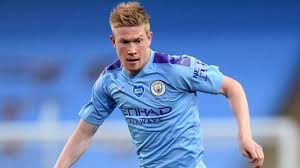 Manchester City will be looking to take one step closer to the Premier League title when they visit Selhurst Park to face Crystal Palace on Saturday.

Meanwhile, Crystal Palace find themselves thirteenth in the table – 11 points clear of the relegation zone and 39 points behind Man City.

Crystal Palace have only managed to win one of their previous seven league matches, recording three draws and three losses along the way.

It is also worth noting that Roy Hodgson’s men have also managed to win just two of their last ten Premier League outings.

A lot of the Eagles’ struggles have come at Selhurst Park this season. In fact, they have conceded an average of 1.56 goals per game at home in the league this term.

Having conceded 54 goals in 32 games overall, only three teams have conceded more goals than Crystal Palace this season.

On the flip side, Manchester City head into Saturday’s clash on the back of comeback victory over PSG in the Champions League semi-finals.

City went behind in the first half on Wednesday, yet second-half strikes from Kevin De Bruyne and Riyad Mahrez turned things around.

In the Premier League, Pep Guardiola’s winning machine has won each of their previous ten games on their travels.

Looking at the bigger picture, Man City have only lost three of their last 41 encounters in all competitions.

Having sealed 24 wins in 33 league games this term (five draws, four defeats), Man City are on the verge of clinching the title.

Head-to-head: Remarkably, Man City have only lost one of their previous 13 meetings with Crystal Palace in all competitions.

Following an easy 4-0 win for City earlier in the campaign, they are currently enjoying a four-game unbeaten streak against the Eagles.

As for Man City, John Stones will miss Saturday’s game through suspension, having been shown a red card last weekend.

Man City thrashed Crystal Palace 4-0 in the reverse fixture back in January – and a similar scoreline is on the cards this time around.

We predicts that Man City will edge closer to the Premier League title on Saturday, scoring under 2.5 goals on their way to victory over Palace.Correct score 0-2, no goal goal.