Aberdeen won through a thrilling first leg 2-3 in Iceland last week and The Dons are backed to best Breidablik in another open encounter at Pittodrie this week.

A double salvo from Christian Ramirez in Reykjavik has put Stephen Glass’ side in control of the tie and the SPL outfit are hard to oppose this Thursday on the back of last week’s victory and their overall start to the campaign.

Aberdeen saw off useful Swedish side Hacken in the previous round and domestically they’ve made a 100% start to the season, beating Dundee United 2-0 and Livingston 1-2.

The Dons should be too strong in this week’s second leg as they look to clinch their spot in the Play-off round where they will face AEL Limassol or Qarabag, though Breidablik can grab themselves a goal at Pittodrie.

Aberdeen have conceded in all but one of their five competitive matches this term and the Icelandic side are pretty prolific in front of goal.

While they’re generally used to taking on much inferior opposition, they’ve netted in all but one of their last dozen games and in five of their last six starts away from home.

As such, we’re predicting an Aberdeen win and both teams to score this Thursday, with the hosts fancied to triumph via a 3-1 score-line on the night.

SC BASTIA VS AS NANCY.

The home team has been magnificent this season having kept six clean sheets in their last seven matches,the highest feat in four years.The goal difference is 20-17 in favour of the hosts. 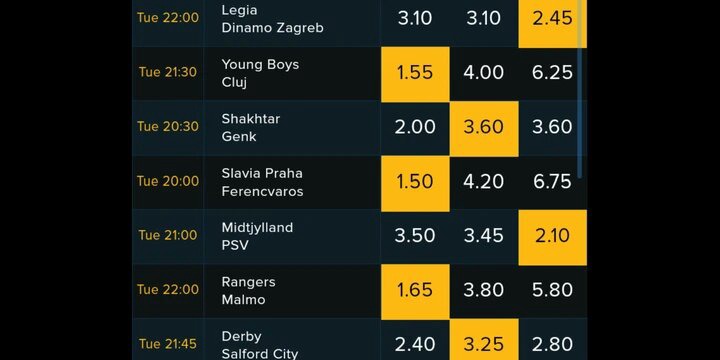