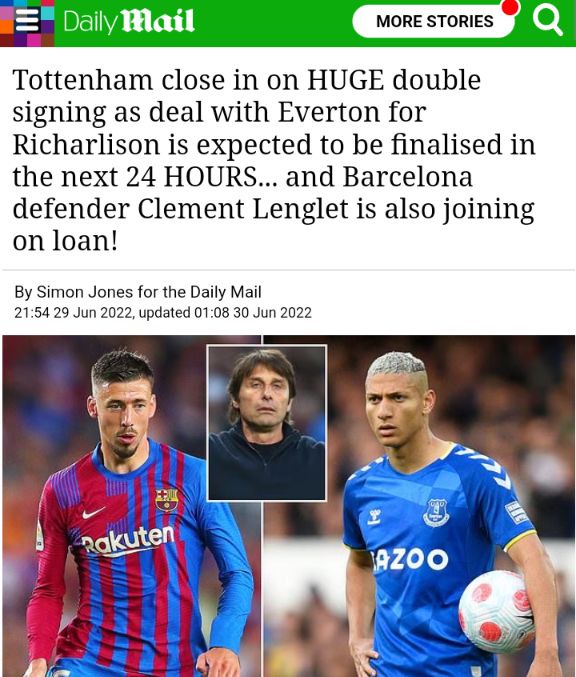 London clubs are looking forward to making important signings this summer after already. Arsenal making Marquinhos and the midfielder Fabio Vieira from Sao Paulo and Porto respectively the first stars to join Emirates Stadium this summer. 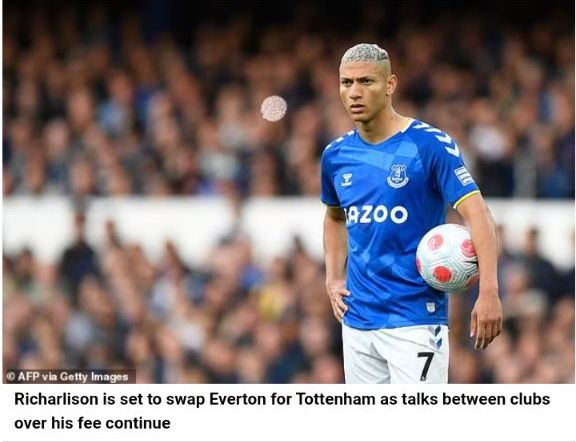 So is Tottenham Hotspur who have already welcomed in winger Ivan Perisic from Inter Milan as free agent. As Yves Bissouma in this summer has already joined Conte side from Brighton. 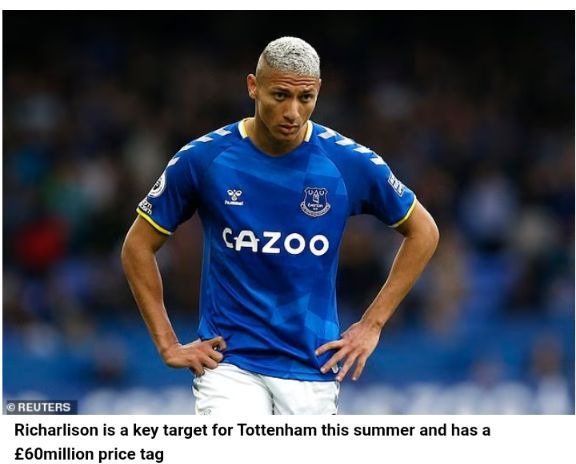 There now other reports from Daily Mail that Tottenham have as well agreed deal with Everton for the fee worth £50m plus add-ons of £10m for Richarlison to join Spurs. Still there are in talks for the finer details. With Watford former Richarlison club set to get 10 per cent of the transfer fee and the deal may be done by the next 24 hours as per Daily Mail report. 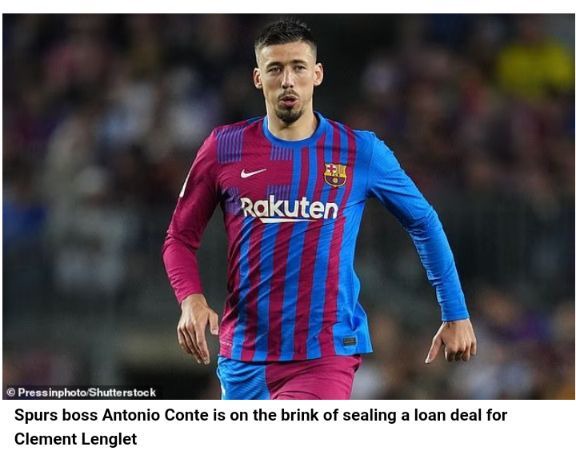 Meanwhile Tottenham Hotspur hasn't stopped there, the same publication claim that they are already in agreement with Laliga giants Barcelona over a loan move for Clement Lenglet. The two clubs are set to complete those talks soon. Before the defender will find his way to Tottenham Hotspur for medical tests. 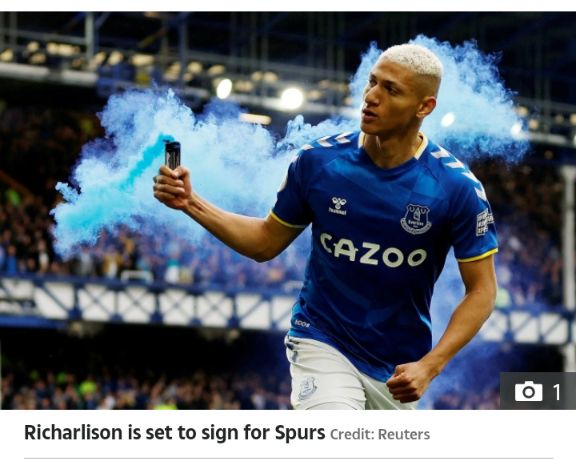 Arsenal were reported to be interested in signing Richarlison as per reports by Sunsport but now they seem to lose the race. The Gunners however are reported to be on the verge of then losing another transfer race involving. Raphinha who may join Chelsea or the Laliga giants Barcelona as per Sunsport report. 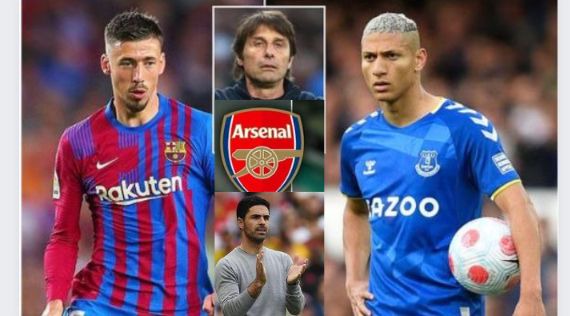