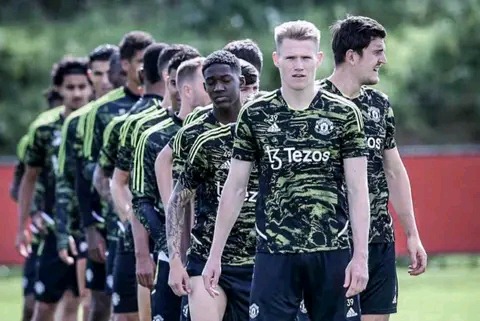 Manchester United is always known for producing their stars just right from their academy. This has been the culture of the club which has been their for many years.

In the current squad, there is Marcus Rashford and Scott Mactomney who came right from the academy and has never gone out for any loan experience.

There are also others who have been knocking at the first team door, these players include, Alejandro Garnacho, Zinedine Iqbal, Charlie savage and Kobie Mainoo.

The later has been describe as the new Paul Pogba by most football fans who has seen him play for the Juniors. Kobbie Mainoo plays exactly as Pogba. This has seen him held highly by those in the club.

Manchester United manager Eric ten Hag is also a big fan of the young midfielder as he has always included him in the United senior team training as well as match day squads.

The midfielder has been unlucky not to make his senior debut in the senior team, but with Eric ten Hag as the manager, the youngster is likely to get his time before the season ends.

Eric ten hag is always known for developing young players into future stars judging from his time at Ajax when he deveped several youngsters to become stars.

It has now been revealed that several clubs are monitoring the Manchester United young midfielder Kobbie Mainoo with a hope of signing him on loan in the January transfer window. That's is unlikely to happen as the manager may decides to keep the midfielder and develop him. 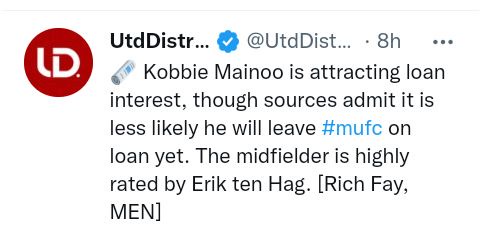