By TheDailyScoop.com (self media writer) | 4 months ago 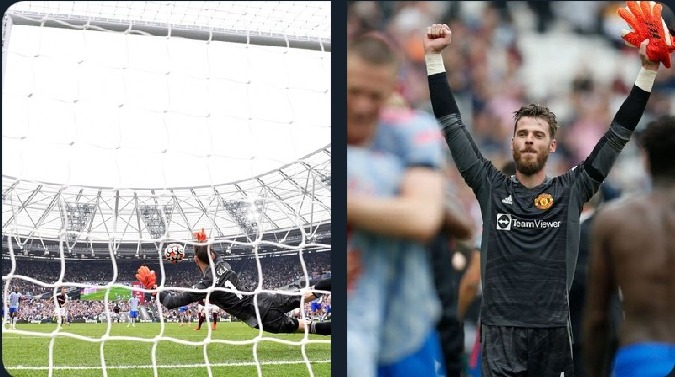 The Manchester United match against West Ham United at London Stadium was very intense and hard to predict as both teams showed their quality and wanted all points.

In the second half, West Ham United were playing a more defensive game as they were protecting the draw but Jesse Lingard got in and scored for Manchester United. 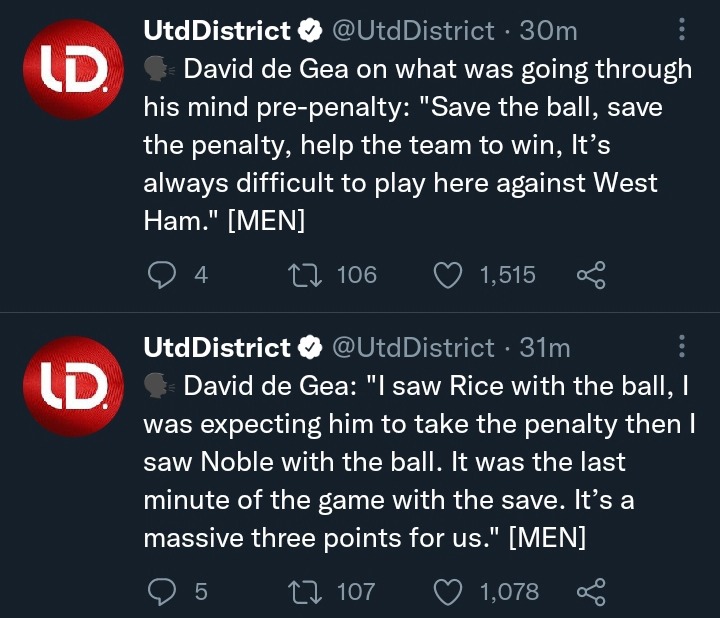 However, in the 90th minute, Luke Shaw handled the ball inside the penalty box handing West Ham United a chance to get an equaliser with Mark Noble given the role to take the penalty.

David de Gea redeemed himself as he brilliantly saved the shot gifting Manchester United the win. Speaking to Sky Sports reporters after the game, David De Gea revealed what was in his mind as West Ham United were preparing for the penalty.

David de Gea stated: "I saw Rice with the ball, I was expecting him to take the penalty then I saw Noble with the ball. It was the last minute of the game with the save. It’s a massive three points for us.

Save the ball, save the penalty, help the team to win, It’s always difficult to play here against West Ham."

Latest Announcement From Etihad; Man City Have Reached an Agreement on Another Huge Transfer Deal.