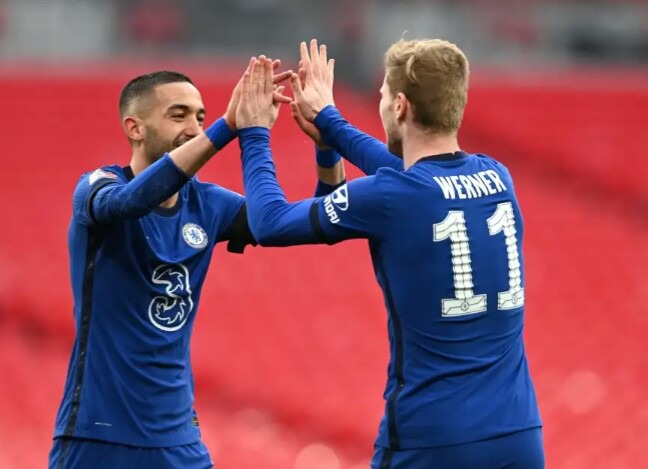 The Catalans are believed to be targeting players who don't make regular appearances for their respective clubs. However, their current financial difficulties mean they're prepared to include a permanent option deal but not obligatory. Barca tried signing Sterling last summer but the move failed and they are keen to revisit it in January. The situation is, however, complicated by City's reluctance to release the 26-year-old forward without the obligation to buy next summer.

The Camp Nou outfits have already enquired about the availability of both Werner and Ziyech in January from Chelsea.

Competition for places at the Stamford Bridge has seen the duo continuously fall down the pecking order. Ziyech has struggled to replicate the impressive form that saw The Blues make a €40million big money move for him from Ajax. The 28-year-old has started in just two premier league games this season, with eleven appearances for the club in all competitions.

Meanwhile, his German counterpart Werner has also had the same fate befall him ever after a €53million deal from Bundesliga side RB Leipzig. The 25-year-old striker has only made 9 appearances for Chelsea in all competitions, starting in just 6.

The Catalans are also monitoring the contract situations with Cesar Azpilicueta and Andreas Christensen.