By Vvivanboy (self meida writer) | 9 days 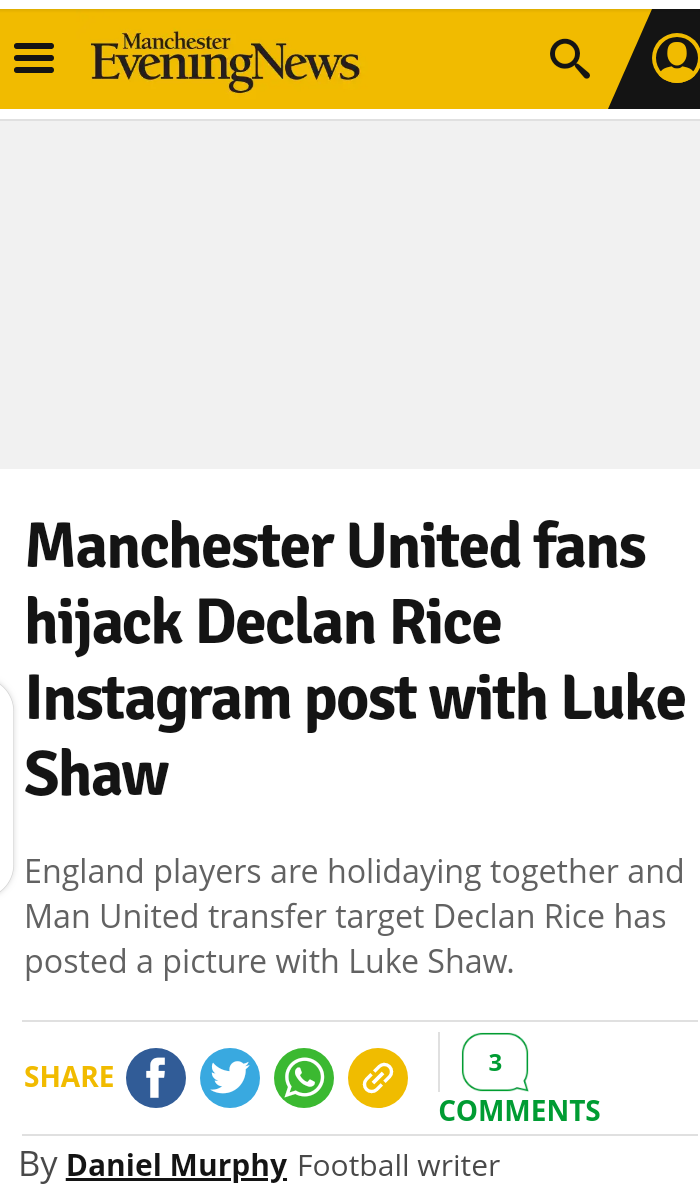 Manchester United supporters are hopeful Luke Shaw can persuade Declan Rice to join the club while the two are on vacation together.

Though it's been a relatively quiet summer transfer season for United so far, with goalkeeper Tom Heaton the lone signing, it appears to be about to get a lot busier.

United are expecting Jadon Sancho from Borussia Dortmund to arrive soon, and they are also hoping to reach an agreement with Real Madrid for Raphael Varane in the coming weeks.

Ole Gunnar Solskjaer, on the other hand, isn't content with just those two major additions and wants to add a defensive midfielder to his squad.

Rice, the talisman of West Ham United, is the main target, but the Hammers will not give up without a fight ahead of their inaugural Europa League campaign.

The two players were comrades throughout England's march to the Euro 2020 final, and the entire squad is now on vacation in Mykonos, taking a break from club commitments after a long summer.

On Sunday, several of the players went on a boat trip, and Rice shared a photo of himself with Shaw and closest friend and Chelsea star Mason Mount.

Rice has also been connected with Chelsea, and fans of both teams have taken to social media to ask their players to attempt to persuade Rice to join them. 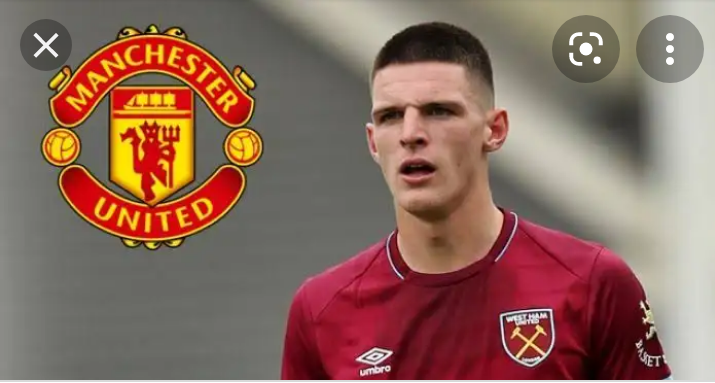 One fan said, "Agent Shawberto getting near to Rice so he comes united innit," while another posted, "Come on to Chelsea," with a blue heart and football emoji.

Another United supporter said: "Join Shawberto at MUFC," with a fire emoji, while another added: "Your spot in Manchester United," among a slew of responses from both groups of fans who wrote 'agent Shaw' or 'agent Mount.' 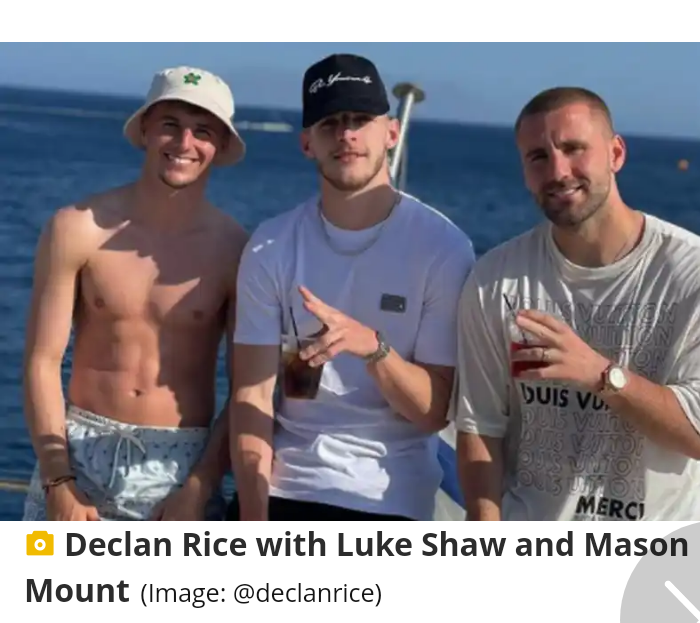