By @vicAnalyst (self meida writer) | 1 months

Chelsea have been very stable since the arrival of German manager Thomas Tuchel and they will hope the stability continues this Wednesday when they play host to Spanish side Atletico Madrid. The two sides will be contesting for a place in the Champions League quarter finals, with Chelsea leading this tie 1-0. Both sides are coming from 0-0 draws in their last matches in their domestic leagues and going to this game we expect defensive masterclasses. Chelsea’s improvement under Tuchel has been down to astute defending and going to this game, they have five straight clean sheets, after their draw with Leeds United. The Blues lead this tie 1-0 from the first leg, courtesy of Olivier Giroud’s goal and will be hoping they can defend their slim lead against this Atleti side with very good forwards. They’ve scored four goals in their last five matches and in the Champions League, they are unbeaten in their last seven games. In the seven games, they have five clean sheets. They haven’t been great at home in this competition though; in the last 10 they’ve won two and kept two clean sheets.

Atletico on the other hand, are coming from a draw with Getafe, leaving them with just two wins in the last five matches. They’ve been a bit off color lately and as a result have had their lead in La Liga significantly cut. In three of their last six matches, they’ve failed to score and in only one of the last nine matches have they won by two clear goals. Atletico have two wins in their last six Champions League matches and they have three wins in 11 away matches in the competition.

Prediction : Chelsea to win the match

Bayern Munich’s fine season continued with a 3-1 away win at Werder Bremen, and they’ll be at it again at home to Lazio in the return leg of their Round of 16 UEFA Champions League game. The German giants lead 4-1 going to the clash and will be favorites, with a four-game winning run. Bayern have scored three goals or more in their last four matches but have no clean sheet in their last six matches. Their defensive issues have been there beyond this season and Hans Flick’s side has only addressed this by outscoring opponents. An attack that has Robert Lewandowski, Serge Gnabry and Thomas Muller has been able to do this very well. Lewandowski alone has scored eight goals in the last five matches. In the Champions League, Bayern are unbeaten in the last 18 matches, with just one draw in the 18 games. They’ve scored two or more goals in six of their last seven matches and at home, they have won each of their last seven matches in the Champions League.

Lazio go to this game right from a 3-2 win over Crotone, their first win in four matches, having lost the earlier three and they have no clean sheet in four matches. While they have been poor lately, Lazio have scored in four of their last five matches. They’ve lost five of their last 10 matches and in the Champions League, Lazio have one win in the last six. This season, in their seven Champions League matches so far, Lazio have not kept a clean sheet. However, they’ve been able to score in all of them. As a result, four of their seven Champions League matches have produced over 2.5 goals. Away from home in this competition, Lazio have no win in seven, just one in 10.

Prediction :Bayern Munich to win and total goals over 2.5 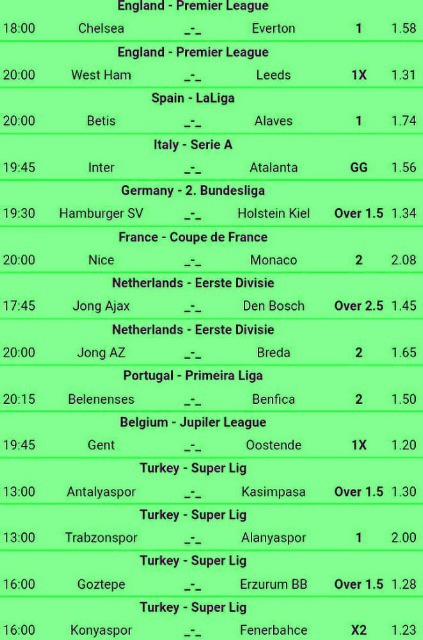 Bruno Fernandes Pens An Emotional letter To His Fiancee, On Her Birthday