Latest transfer news been reported is that Chelsea have outbid their London rivals in efforts to sign English Premier League winger who is one of the most sought after wingers in Europe. Arsenal have been busy in the transfer market as evident with the signing of Gabriel Jesus from Manchester City and Fabio Vieira from FC Porto. 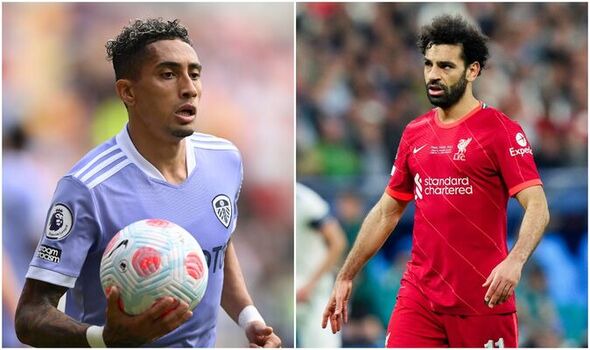 Liverpool Football Club was also one of the Clubs interested in Raphinha as the future of Mohamed Salah looks uncertain. Arsenal fans were confident that the Club would sign Raphinha from Leeds United with many Sports News sites claiming that the two clubs were close to agreeing a deal. Raphinha has been one of the key players for Leeds United in the past seasons he has played for them with plenty of Clubs scrambling to sign him.

Popular Football Transfer Expert and Journalist, Fabrizio Romano has reported that an official bid of around £60m has been accepted and that Chelsea will now get their man. 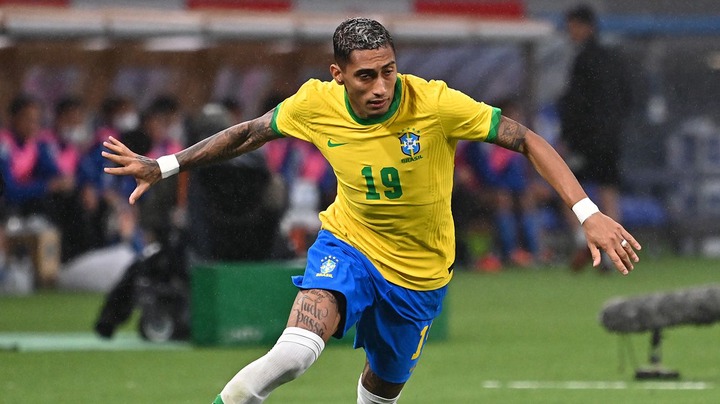 Talks now ongoing on player side on personal terms and contract. Boehly, on it. 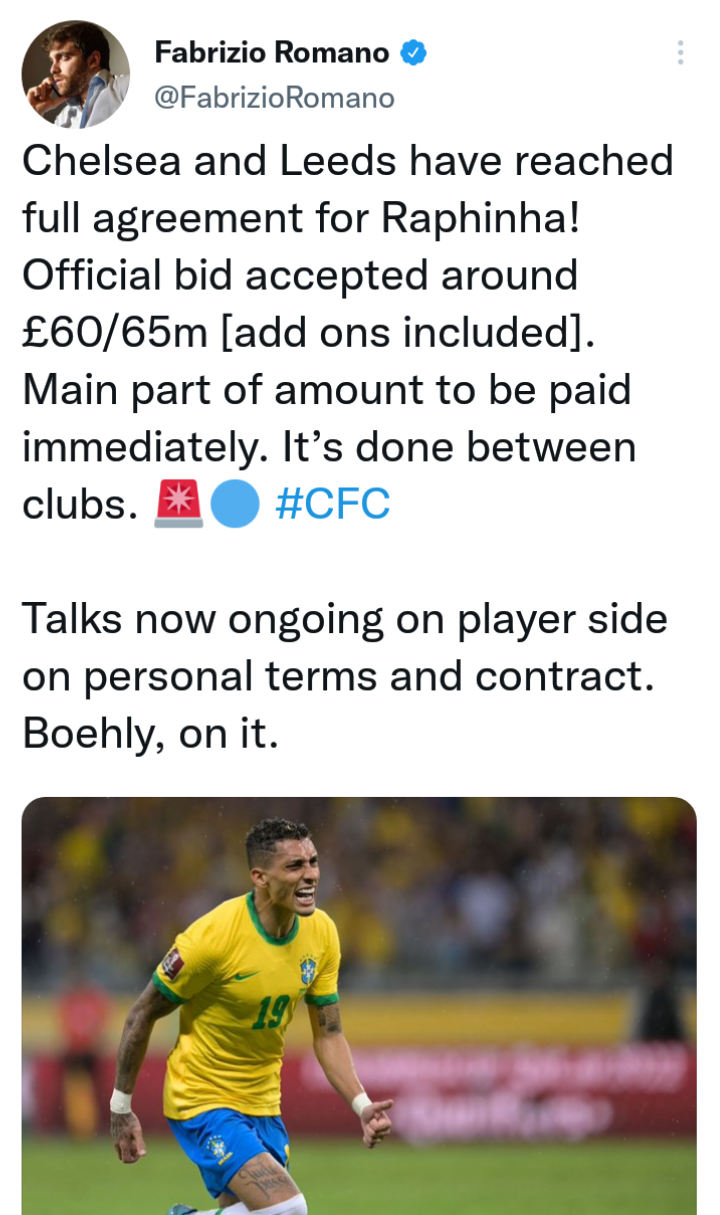 Arsenal were the frontrunners for Raphinha's signature but it seem the Blues will secure one of the most sought after wingers in Europe. Barcelona was also one of the favorite Clubs to sign Raphinha but it is now clear Chelsea has outbid both Clubs.