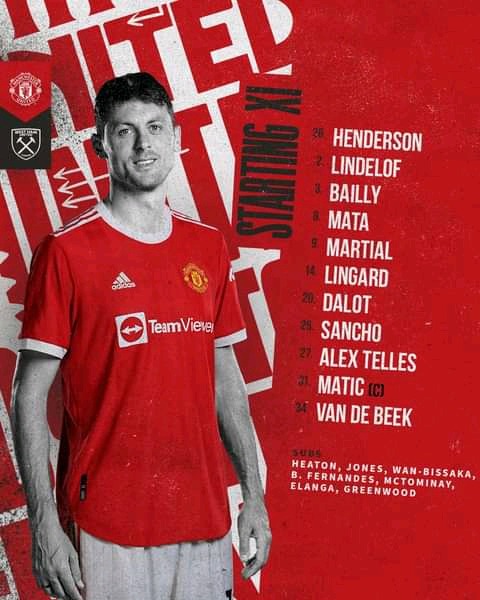 Manchester United Manager has benched Heaton, Jones, Wan Bissaka, Fernamdes, Mctomminnay, Elanga and Greenwood as substitutes in their EFL Carabao Cup 3rd round fixture against Westham United. Goalkeeper Dean Henderson will be starting for Man United covered by Lindelof, Baily, Diogo Dalot and Alex Telles as the hosts target a clean sheet victory. Manchester United midfield will comprise of Mata, Matic and Donny Van De Beek while the attack will be lead by Anthony Martial alongside Jesse Lingard and Jadon Sancho. 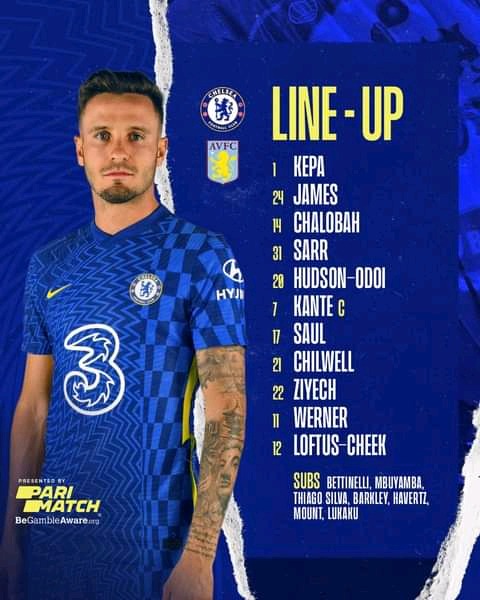 Chelsea Manager Thomas Tuchel has benched Bettinelli, Mbuyambo, Silva, Barkley, Havertz, Mount and Lukaku as substitutes. Chelsea Goalkeeper Kepa will be starting covered by Chalobah, Malang Sarr and Reece James while the midfield will usher in Ben Chillwell, Hudson Odoi, Saul Niguez and Ngolo Kante while the attack will be lead by Loftus Cheek, Timo Werner and Hakim Ziyech. 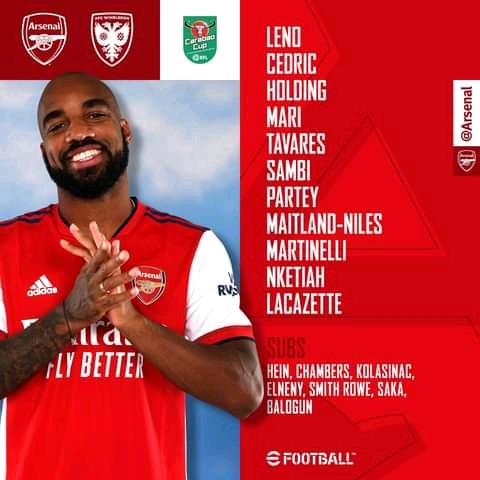