There was drama at Stamford bridge after Chelsea's manager Thomas Tuchel and Tottenham's manager Antonio Conte. The two managers had to be separated twice during the match as they exchanged bitter words.

The drama started when Tottenham scored an equalizer making the scores 1-1. Thomas Tuchel complained to the referee claiming that Kai Havertz was fouled just before the build up of the Tottenham's goal. 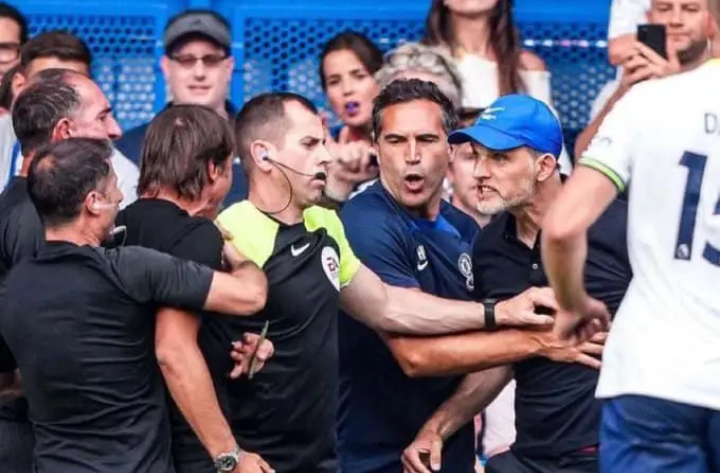 Referee Anthony Taylor played on even after Kai Havertz was fouled giving Tottenham advantage. Tuchel's emotions ran high and went one on one with Antonio Conte on the touch lines forcing the game officials and other players to intervene to separate them. They were both booked with a yellow card and the match continued. 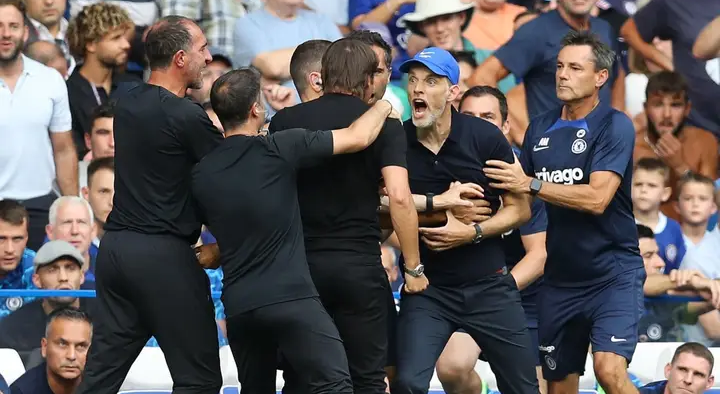 After few minutes Chelsea scored a second game through Reece James and Thomas Tuchel was seen running in front of Antonio Conte as he celebrated the goal. Tottenham Hotspur scored an equalizer during the last minutes and the two got into another fight which saw them sent off by the referee with each receiving a red card. 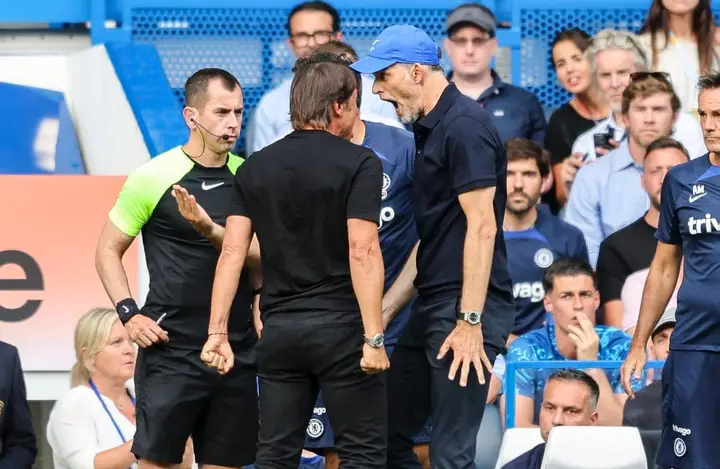